Gartincaber Tower -The Heart of Scotland 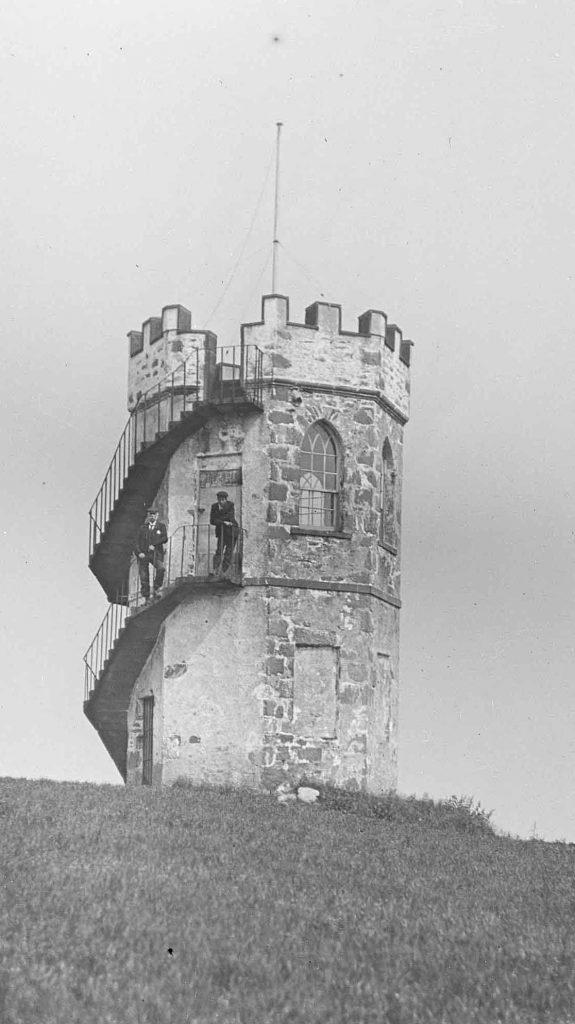 The tower was built as a two storey gothic octagon with a parapet, possibly as part of a local employment scheme. This photograph from the Stirling Smith collections is by Stirling solicitor Thomas W. J. Leishman (1885 – 1965), taken when the building was still intact and before it received its wartime coat of paint in the 1940s. It was used as a lookout tower during World War II and continued to be used for military purposes until the 1960s.

The two rooms in the building were reached by a cast iron stairway, and both had fireplaces. In 2005, a rescue attempt was made but in January 2012 the tower toppled in a fierce gale leaving nothing but rubble.

Your ticket for the: Gartincaber Tower -The Heart of Scotland

Gartincaber Tower -The Heart of Scotland