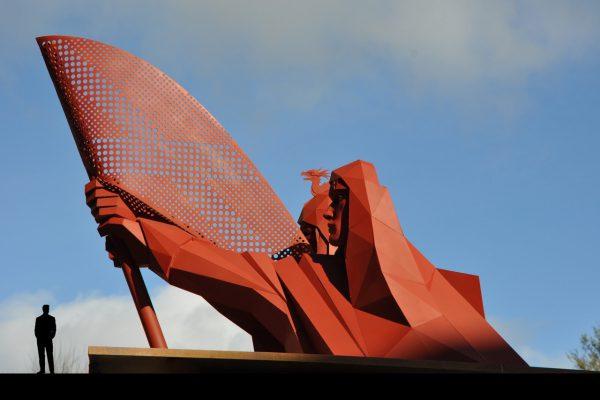 The Guardians of Scotland Trust was established as a registered charity in 2013 to improve public education of William Wallace and his often overlooked co-commander, Andrew De Moray, at the Battle of Stirling Bridge.

In 2015 they launched an international competition to select an artist to create a new monument to both leaders, to stand on the bank of the River Forth.  The short-listed designs were exhibited at the Stirling Smith in 2016.

This is the winning entry, by sculptor Malcolm Robertson, who has created site-specific art in the British Isles, Germany, India and the USA.

Register for Exhibition: Brothers in Arms

Your ticket for the: Brothers in Arms