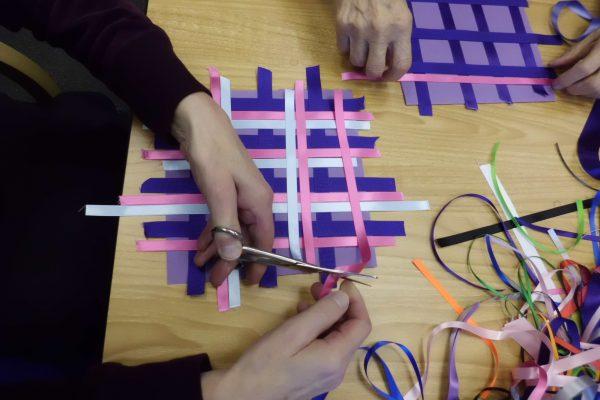 Disrupting Dementia a tartan design project which visited 17 different Alzheimer Scotland centres all over Scotland,  from Kilmarnock in the south to Shetland in the north and Stornoway in the west to Bonnyrigg in the east.

People living with dementia used a range of materials including coloured acetate and ribbon to design their individual version of the “Disrupting Dementia” tartan, using over 0.5km of different coloured ribbon in their prototype creations in the process.

130 plus tartan designs were created and these were shortlisted by a judging panel comprising of Alzheimer Scotland members and  experts in tartan manufacture and production.

The winning tartan was chosen after several thousand votes had been cast. The winner is Nan from Inverness.

Your ticket for the: Disrupting Dementia