Kings Park Through the Seasons by Sue Beach 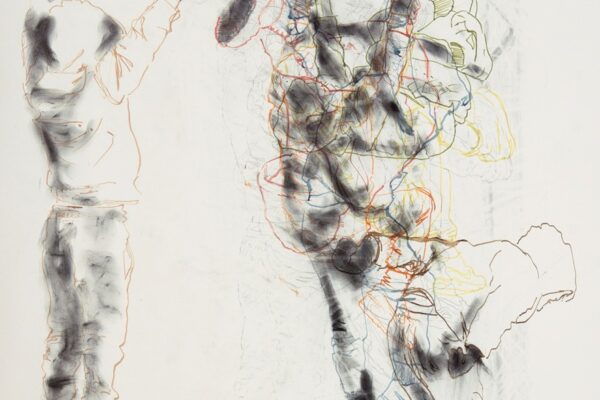 As Stirling celebrates its 20th anniversary of city status, The Smith invites you to journey through one of its most beautiful and beloved sites.

In 2019 Sue Beach found inspiration behind everyday activities in Kings Park, Stirling. Over the course of two years, and in every type of Scottish weather, she began documenting how people and animals use the park. This culmination of artistic studies in pencil, gouache, watercolour, and oil captures a period when many found joy and sanctuary in the local landmark.

This celebration of Kings Park begins with scenes observed in summer when the park becomes a haven for those seeking to enjoy the warm weather. It was also a place of activism during the 2020 Black Lives Matter protest. The changing of the seasons is revealed in Sue’s autumnal studies with nature becoming a firm focus. Dogs and their humans become the main occupiers of the park during winter, bringing life to the landscape in the bleakest months. Sue’s exploration of the seasons ends with spring, which sees a renewal of life as well as heightened activity in the skate park.

In addition to being a practicing artist for many years, Sue has also been a geologist, psychology researcher and lecturer, and master crafter of wool. She has exhibited with numerous galleries and organisations including the Green Gallery in Buchlyvie, the Royal Society of Scottish Watercolours, and the Royal Glasgow Institute. This is Sue’s first exhibition at The Smith.

Register for Exhibition: Kings Park Through the Seasons by Sue Beach

Your ticket for the: Kings Park Through the Seasons by Sue Beach

Kings Park Through the Seasons by Sue Beach