The Glory of the Ride by DJ Scooby 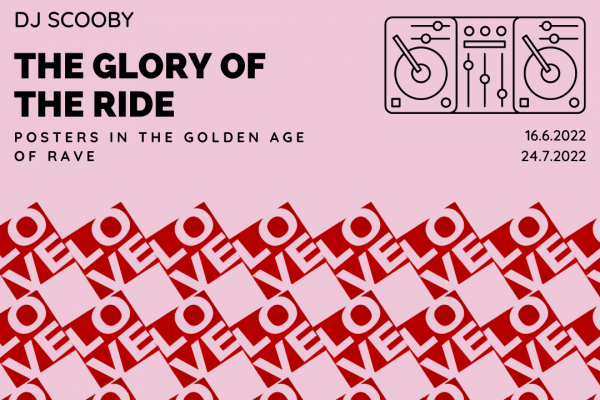 The Stirling Smith is pleased to host an exhibition celebrating the dance music scene in the 1980s and 1990s through DJ Scooby’s gig posters.

Legendary Bannockburn boy, Stuart ‘Scooby’ Cochrane is a pioneering DJ and producer who helped take music, clubs, and rave culture to new levels in the 1980s and 1990s, only to slide into a mental abyss when his hedonistic lifestyle took control.

With close friends, Javier and Caroline Anadon, Scooby helped establish the fabled Cafe Mambo in Ibiza. He took Rozalla’s song ‘Everybody’s Free’ into the top 10 in the dance charts and fought a legal battle to be declared the true mastermind behind Dario G’s worldwide smash, ‘Sunchyme’.

Unfortunately, his fast-paced lifestyle and heavy drug consumption caught up with him and his world began to unravel. From 1993, Scooby was sectioned under the Mental Health Act a total of 23 times, spending 1,286 days on psychiatric wards over the course of 16 years. A ruthless industry had eaten him up and spat him out, contributing to the loss of his sanity, but never quite stealing his soul.

The Glory of the Ride is an opportunity to re-live the days when clubbers were willing to dance till dawn – and beyond. Scooby has raided his archives to reproduce some of the many posters, flyers, lanyards, and tickets that were used to market his gigs. These pieces of ephemera along with rave scene memorabilia commemorates a time in modern history that some will never forget – and many are still struggling to remember.

Thankfully, Scooby lived to tell the tale of the glory years and credits Nichiren Buddhism and mindfulness as helping with his recovery and continued good mental health. He still lives in Bannockburn and after years of hiatus, is getting back to the music scene. His life and career have been documented in his critically acclaimed autobiography, The Glory of The Ride (2018) and the BBC Scotland documentary, Scoobs and the Rave Years (2019).

You may also be interested in our partner’s poster exhibition. The Art of the Poster runs from 3 – 25 June at Tolbooth Gallery. More information can be found here.

Register for Exhibition: The Glory of the Ride by DJ Scooby

Your ticket for the: The Glory of the Ride by DJ Scooby

The Glory of the Ride by DJ Scooby