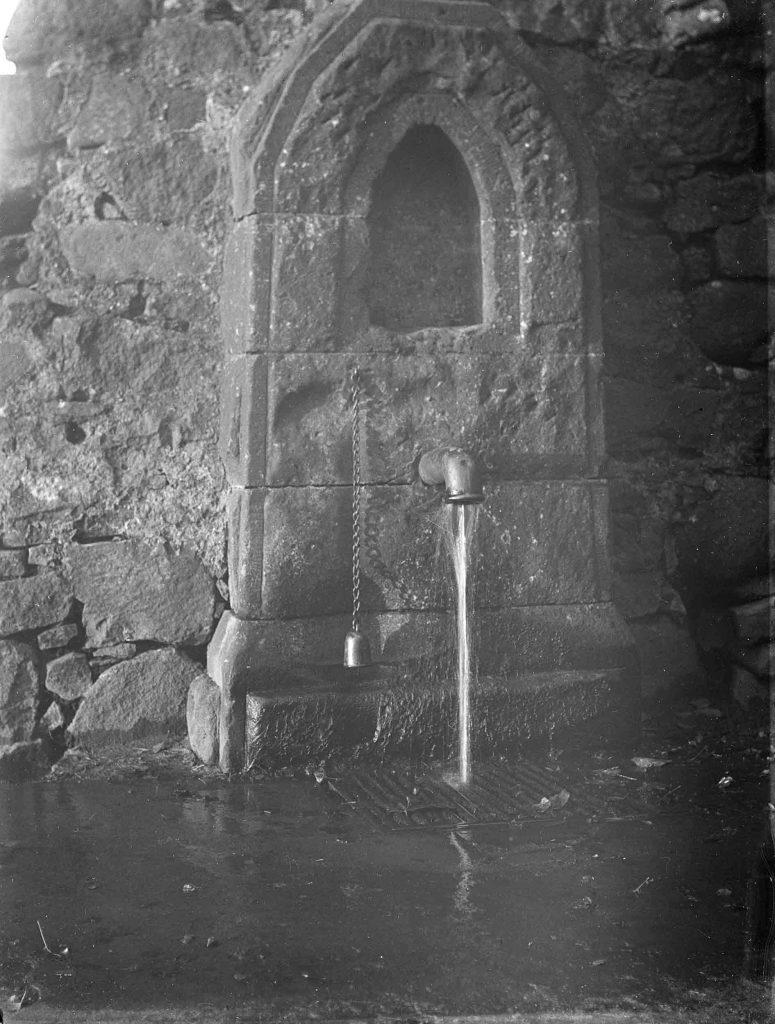 A well- known landmark, to locals at least, the Butt Well is unfortunately not on the “Bucket List” of most Tourists visiting Stirling

Until I came across the image, while volunteering at The Smith, I am ashamed to say that it was a local landmark of which I had mostly forgotten

“Said by John Allan (1907) to be “at the base of the Brandy Hill, about 210 yards west from the parish church,” to get to it from the town centre Stirling Arcade, go across and along the Corn Exchange Road and as it goes down the slope, take the path that leads into the trees on your right-hand side. Follow this path along to the bottom of the woods. Once on the level at the bottom, walk on the path in the direction of Stirling Castle and eventually you’ll reach the fancy walling with the dried-up well right in front of you!

This much-neglected site got its name from there being a number of archery shooting targets, or butts, which used to be erected in the fields immediately below this once popular drinking spot. Although the Stirling historian J.S. Fleming (1898) could find no definitive records of the place as a holy or healing well, he told how,

“The copious spring arising in the centre of the rock on which Stirling Town and Castle are built, must have been extensively used during the Royal occupation of the Castle for watering the horses engaged in hunting in the Park…and it must also have been the source from whence the canal or ornamental waters and fountains in the ancient pleasure-grounds of the King’s Knot were supplied, the fall being amply sufficient for the rise to a considerable height of the latter… The Well had at one time a railing surroundings its then open trough, the marks of the lead used in grouting the rails remaining visible until the last alteration.”

Your ticket for the: Butt Well, Stirling