The hundred year old Great War page in the Observer is now a regular feature and a gripping read every week, as the events unfold for this generation. Today’s story should have been held until May 2019, but as it involves such a generous gift to the Stirling Smith, we want to share it now. 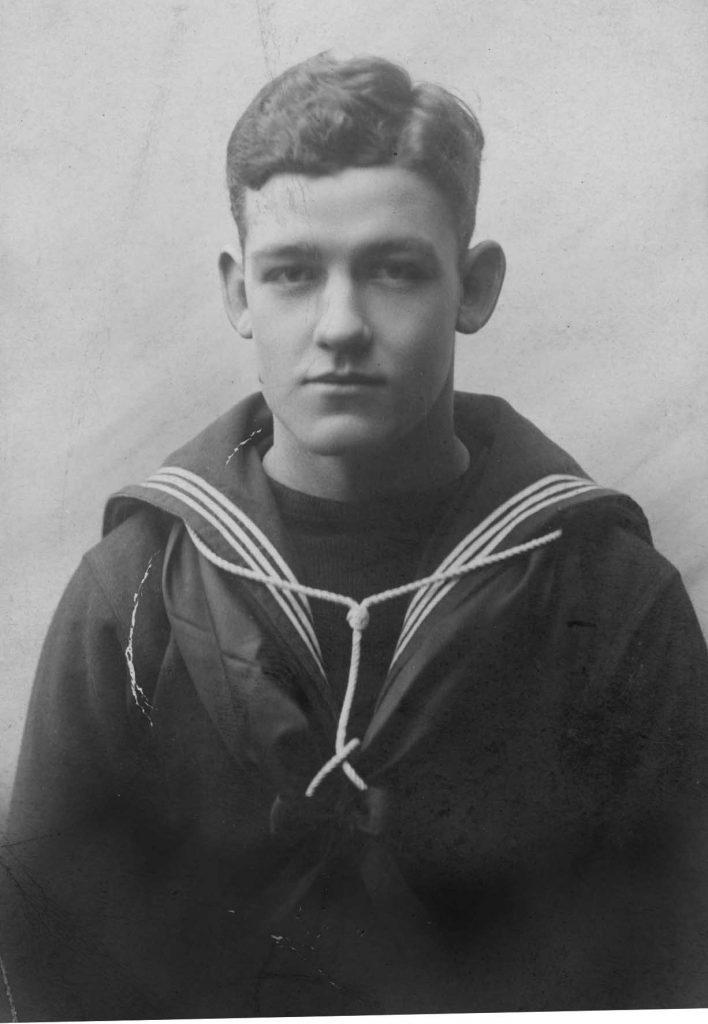 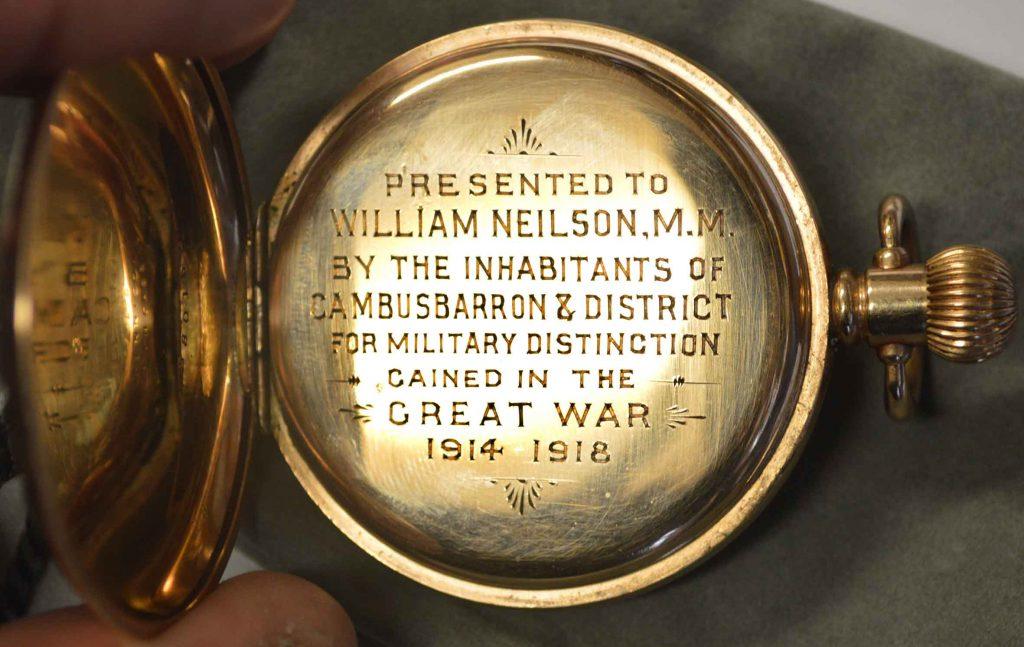 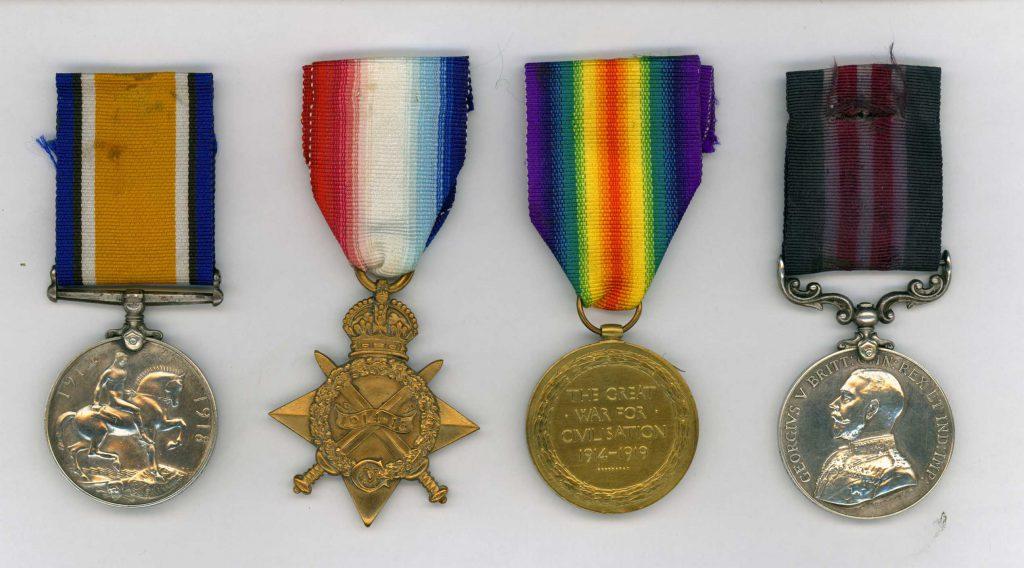 The photograph, medals and gold watch ‘Presented to William Neilson. M.M. by the inhabitants of Cambusbarron & District for military distinction gained in the Great War. 1914-1918’ were gifted recently by his son, Joseph Neilson of Bridge of Allan.

William Neilson was one of eleven Cambusbarron heroes honoured by the village after the War. ‘He was unable to be present and to receive his watch in person, but his father, who resides in Hayford Square, came to the platform to get it for him….. as this young warrior was at present in bed. Although he had been three years in France, and had gone through some very heavy engagements, AB Neilson was not once wounded, but when he came back to Cambusbarron, he was severely maimed in his first football match.’

Your ticket for the: William Neilson. M.M., a Cambusbarron Great War Hero