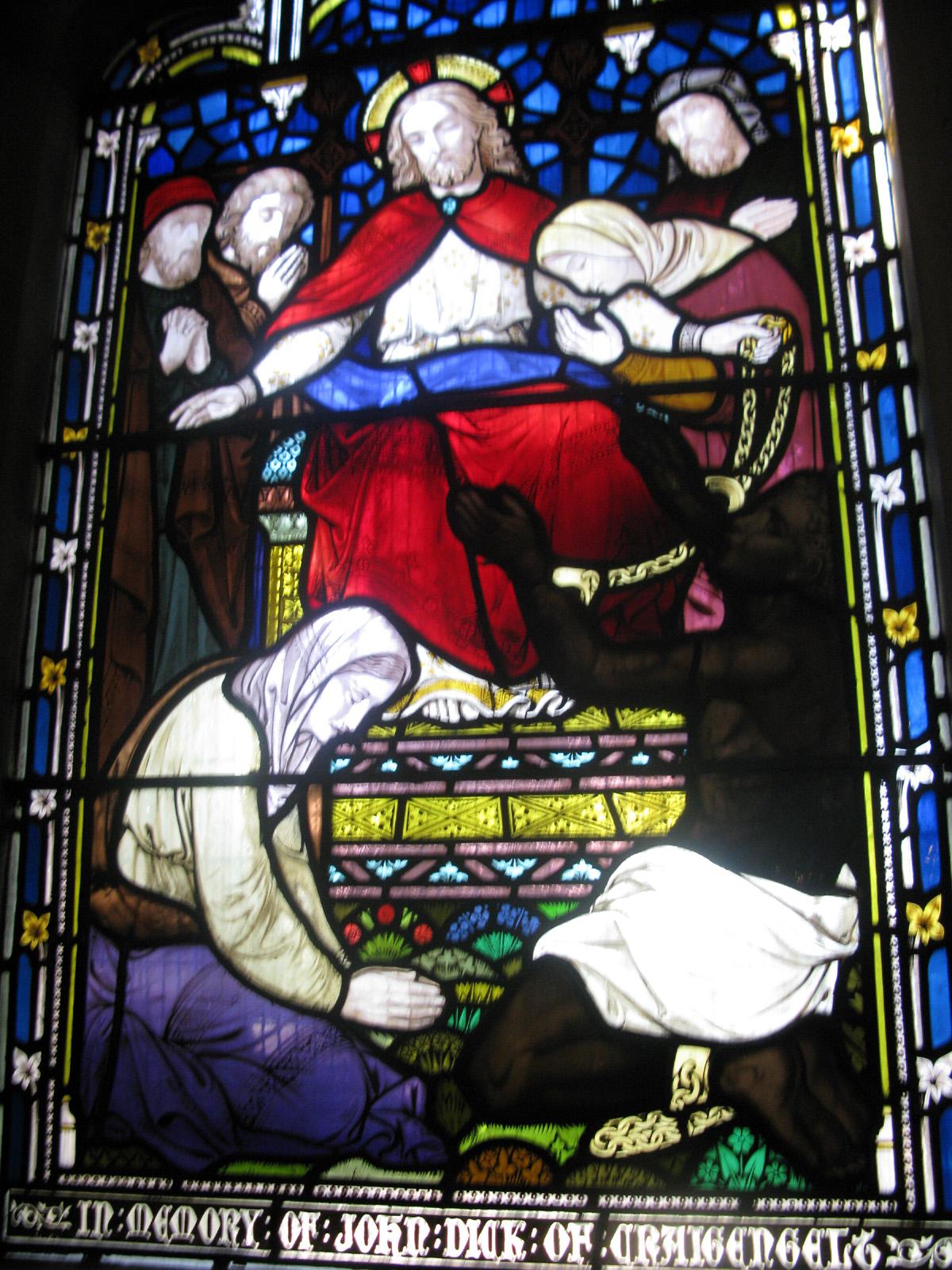 This window in the church of the Holy Rude is dedicated to the memory of Provost John Dick of Craigengelt (died 12 April 1865) and is most unusual in having a black man in chains before Christ.  The subject is ‘Come unto me all ye that labour.’ (Matthew 11, 28)

The window was commissioned from James Ballantine of Edinburgh in 1869, and represents an interesting episode of cultural and political struggle in Scotland.  The drawing was by Sir George Harvey, President of the Royal Scottish Academy, and Ballantine followed his advice and direction.  Harvey wrote that ‘this window was constructed under my own eye, on what I believe to be the principles of old glass and fully bears out all I have said in the subject…. It is exceedingly rich, deep, glistening and transparent in the colour….’

At the same time, Glasgow Cathedral was being filled with Munich Glass from Germany, which was not translucent, and threw the Cathedral into darkness. This controversial programme was given support by Stirling of Keir, who was reliant on his Jamaican plantations (and slavery) for his wealth.  George Harvey was criticising him by artistic example.

Hear the full story on Saturday at the Smith, where Michael Donnelly speaks for Black History Month.

Your ticket for the: Chains and Slavery – The Craigengelt Slave Window