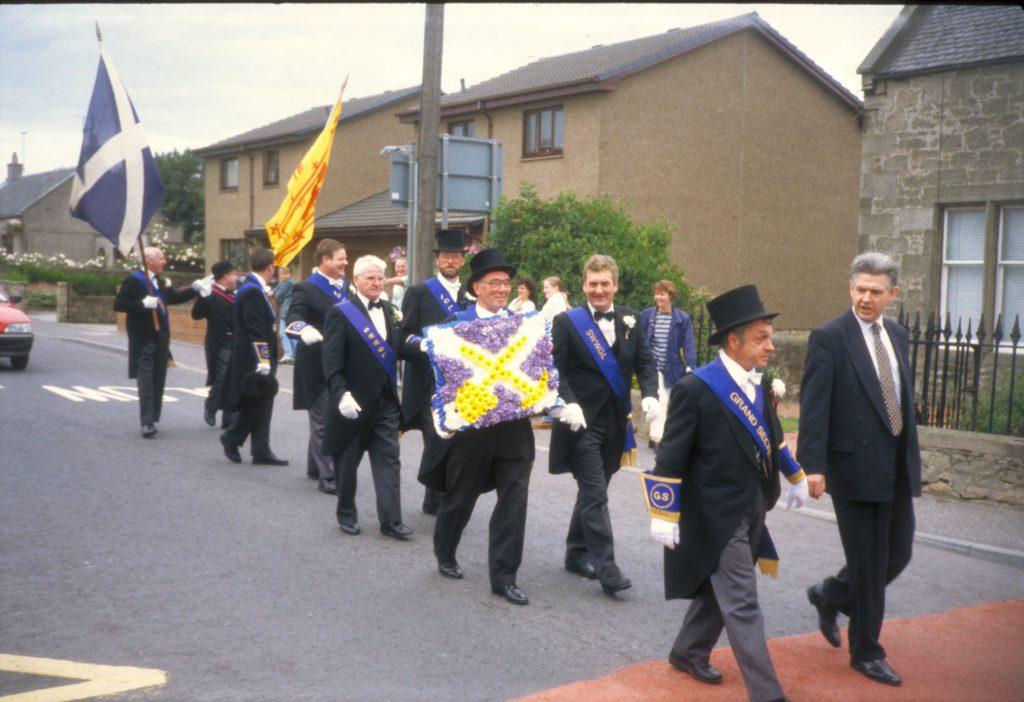 The Mining exhibition at the Smith continues, and on Friday at 2pm, historian Ian Scott will speak on the history of the mining community in Central Scotland and the Sir William Wallace Grand Lodge of Scotland Free Colliers. Falkirk is the last home of this organisation, where they are known as ‘The Pinkie Men’ when they march in uniform round the Falkirk Braes, the first Saturday in August, in honour of William Wallace, wearing white gloves with pinkies interlinked. This is symbolic of leading your brother collier out of danger from a fall or explosion underground.
Until 1799, Scottish miners were technically serfs or slaves, obliged to work for the coal master, unable to change jobs or negotiate wages. They looked on William Wallace, Scotland’s liberator, as the example by which they should fight for their freedom. The miners had a long hard struggle to win decent safety measures and wages, and the nationalisation of the industry in 1947 was a triumph.
After the failure of the Miner’s Strike, a South Africa company with a record of shooting its employees came to the Golden Lion to recruit miners from Stirling. Some moved to South Africa in desperation and back to the working condition of 300 years ago.

Your ticket for the: The Sir William Wallace Grand Lodge of Scotland Free Colliers