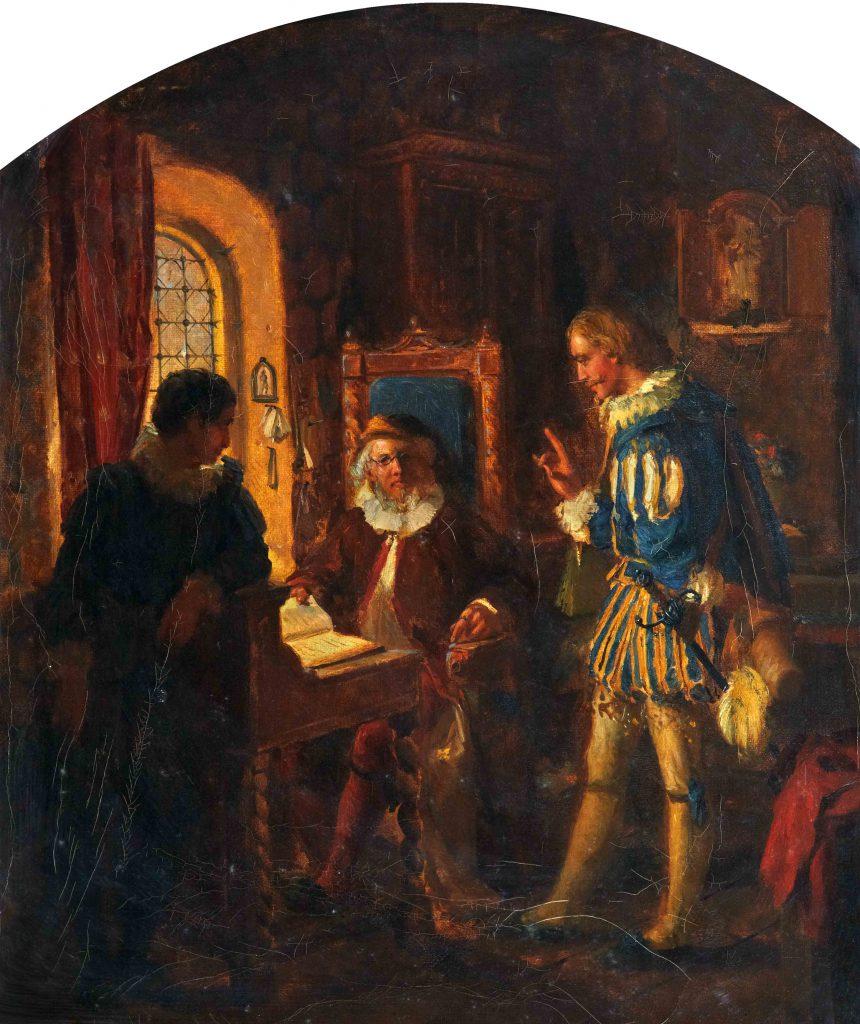 Featured today is one of T. S Smith’s lesser known paintings. It is an illustration for an episode in the novel ‘Gil Blas’ written by Alain-Rene Lesage in 1735.

Few today know anything of this novel, but it was read, appreciated and referenced by many other writers including Jonathan Swift, Charles Dickens, Dostoyevsky and Mark Twain. The hero of the novel, Gil Blas, is born in poverty to a chambermaid and a stable hand but is educated by his uncle. He encounters many classes of society, finding that honesty and integrity bears no relationship to social class, and that there are criminals in every level of society. Hard work and intelligence eventually bring him rewards.

Perhaps because of the similarity to his own life, Smith was attracted to the subject, for which he painted two works. Smith was illegitimate by birth, and supported by his uncle when his father died. Because of his illegitimacy, 18 other people pursued a claim to the estate of Glassingall, Dunblane, which Smith inherited only after an 8 year legal battle. The struggle was famous in its time, and it is thanks to the money from Glassingall that the Smith Institute came into being.

Only 10 Gil Blas works are in public collections in Britain. Two of these are by T. S. Smith.

Your ticket for the: Gil Blas