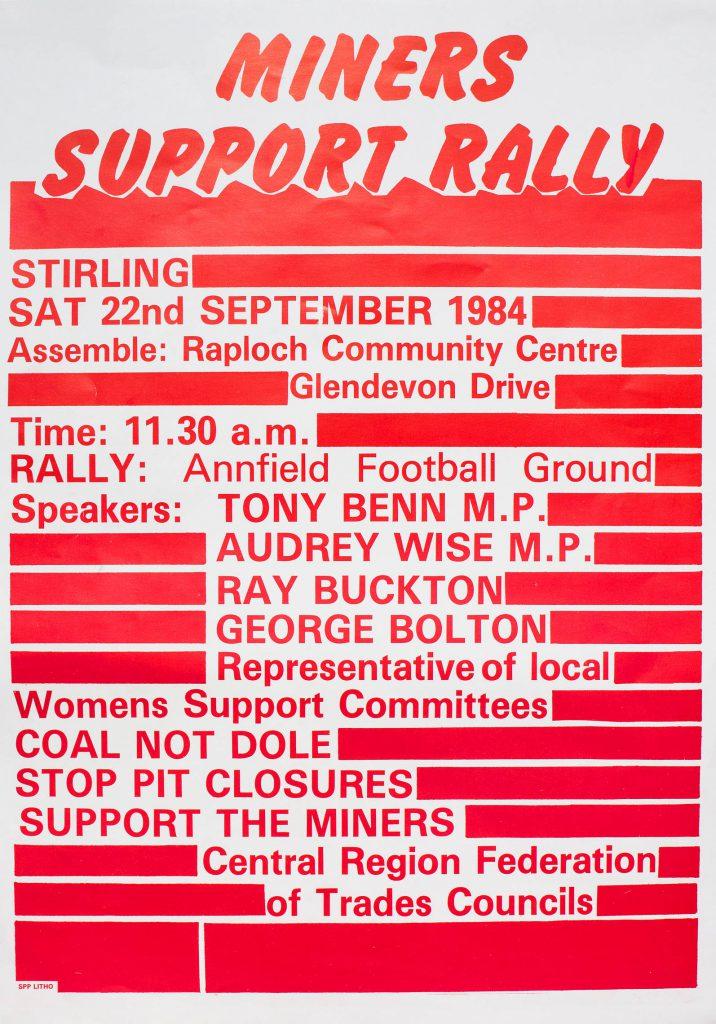 The demonstration in support of the striking miners in Stirling 33 years ago this month was significant both for Stirling and for Scotland. During the 1984 – 5 Miners’ Strike, most of the big support marches took place in the cities, and protests were held at collieries where there were strike breakers. There were no strike breakers at Polmaise 3 & 4 Colliery, which was the first in Britain to go out on strike, and the last to return. The Polmaise Miners frequently gave support at other collieries, and on this occasion, miners from Nottingham, Durham and Coventry came north to return the favour.

Over 4000 people marched to Annfield for this demonstration, and in addition to the listed speakers, MPs Dennis Canavan, Martin O’Neill and Harry Ewing also spoke, together with NUM man John McCormack.

The demonstration was organised by the Central Regional Federation of Trades Councils, and former member Robert McAllan has donated a large collection relating to the strike, including this poster which is currently on display with other mining material in the Stirling Smith Café. The COAL dance theatre show by Gary Clark will be shown at the MacRobert, 28 -30 September and both commemorate the closure of Polmaise 3 and 4 thirty years ago.

Your ticket for the: Miners’ Demonstration