With the recent fire at 41 – 44 Murray Place, it’s worth remembering the history of this distinctive curved building, and the story of newspapers, always at the heart of the burgh. 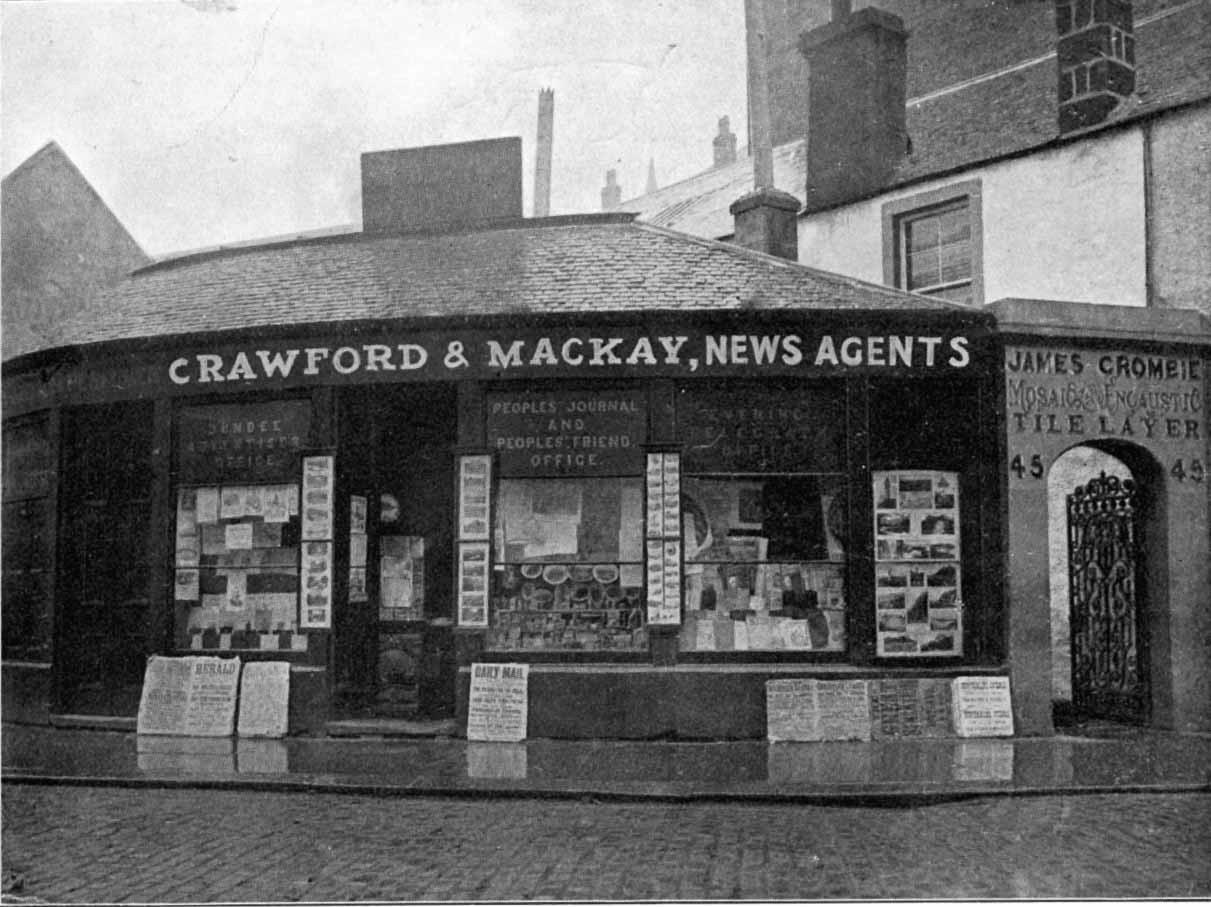 The first building on the site was the single storey newsagents shop of Crawford and Mackay. Eneas Mackay (1860 -1922) was a Gaelic speaker and scholar, who came from Inverness as a young man to work in partnership with the widow of Mr J F Crawford, newsagent and publisher of a popular penny guide to Stirling. 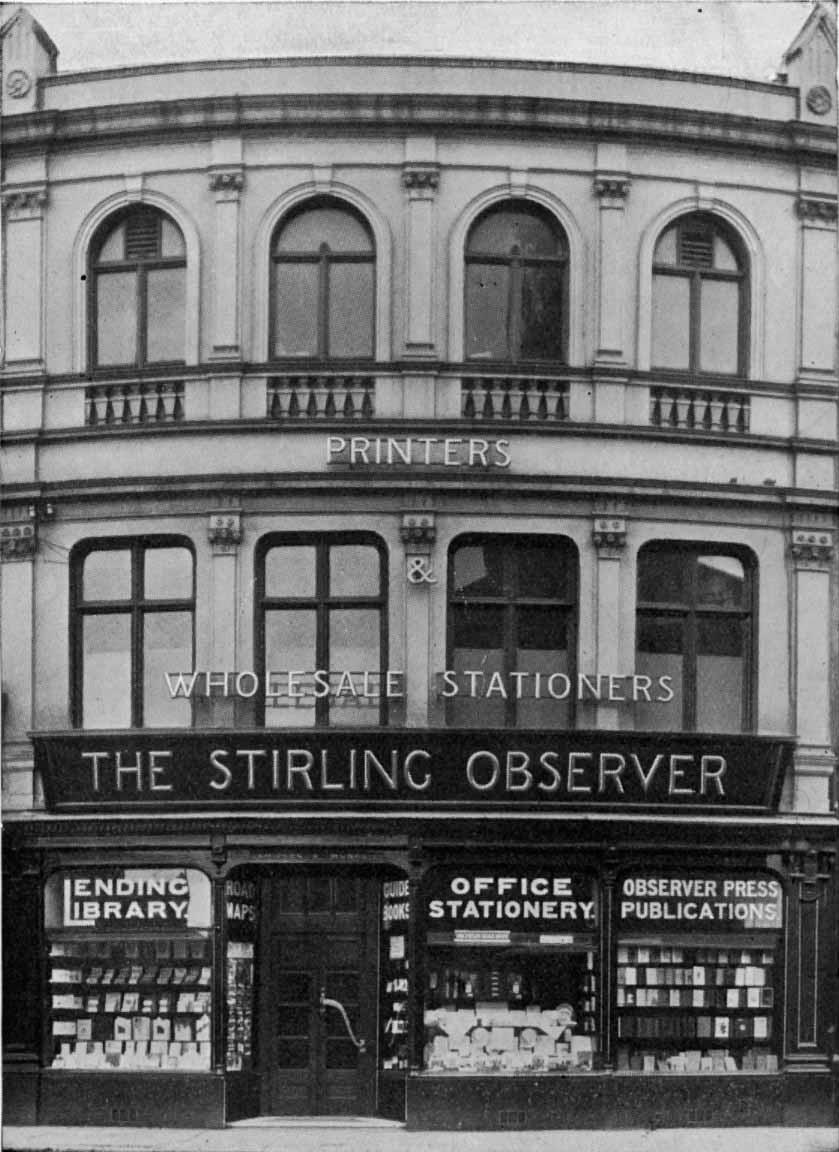 The partnership did not last long, and Mackay branched out as a publisher. Needing bigger premises, he replaced the shop with a four bay three storey tenement, and diversified into book selling, book lending and travel agency work. The publishing house of Eneas Mackay became an institution within Stirling, and was known world -wide for the quality of its books. 41 – 44 Murray Place was the centre of the operation, but he also ran a little art gallery on the opposite side of the road, beside the North Church.

Your ticket for the: Newspaper Story