items in cart
Stirling Literary Society, The Master of Ballantrae by Nigel McMurray 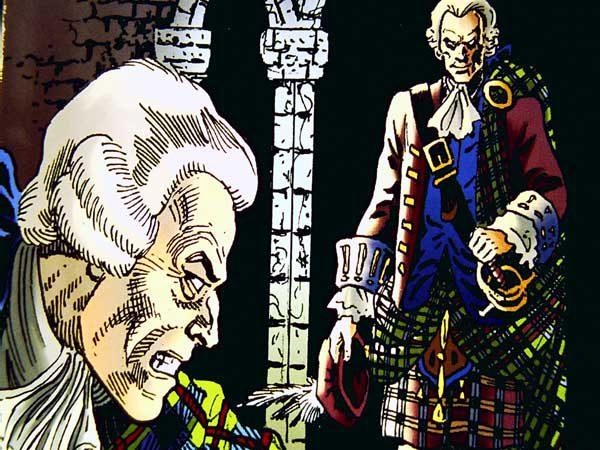 Stirling Literary Society, The Master of Ballantrae by Nigel McMurray

Nigel McMurray’s lecture is centred on Robert Louis Stevenson’s dark masterpiece of fratricide and adventure played out over three continents at the time of the ’45. Stevenson’s own duality of personality was displayed to the full in one character in The Strange Case of Dr. Jekyll and Mr Hyde but here it is displayed in the radically different characters of two brothers sucked into a savage duel. One brother dour and the other ‘all know of Satan.’ With whom will your sympathies lie? The story, the characters and the paces will be considered and Nigel McMurray will take us to some of those very places in the novel – Glen Finnan, Ayrshire, Dumfries and Galloway and then on to India and The United States. Once misunderstood, criticised and forgotten, Stevenson considered ‘Ballantrae’ to be his masterpiece and it was his obsession for over a decade.

Nigel McMurray is a former librarian at both the British Library and Barnet Libraries. He is a member of the RSL Club of Edinburgh and led the Club’s Master of Ballantrae event.

Be the first to review “Stirling Literary Society, The Master of Ballantrae by Nigel McMurray” Cancel reply

Your ticket for the: Stirling Literary Society, The Master of Ballantrae by Nigel McMurray

Stirling Literary Society, The Master of Ballantrae by Nigel McMurray