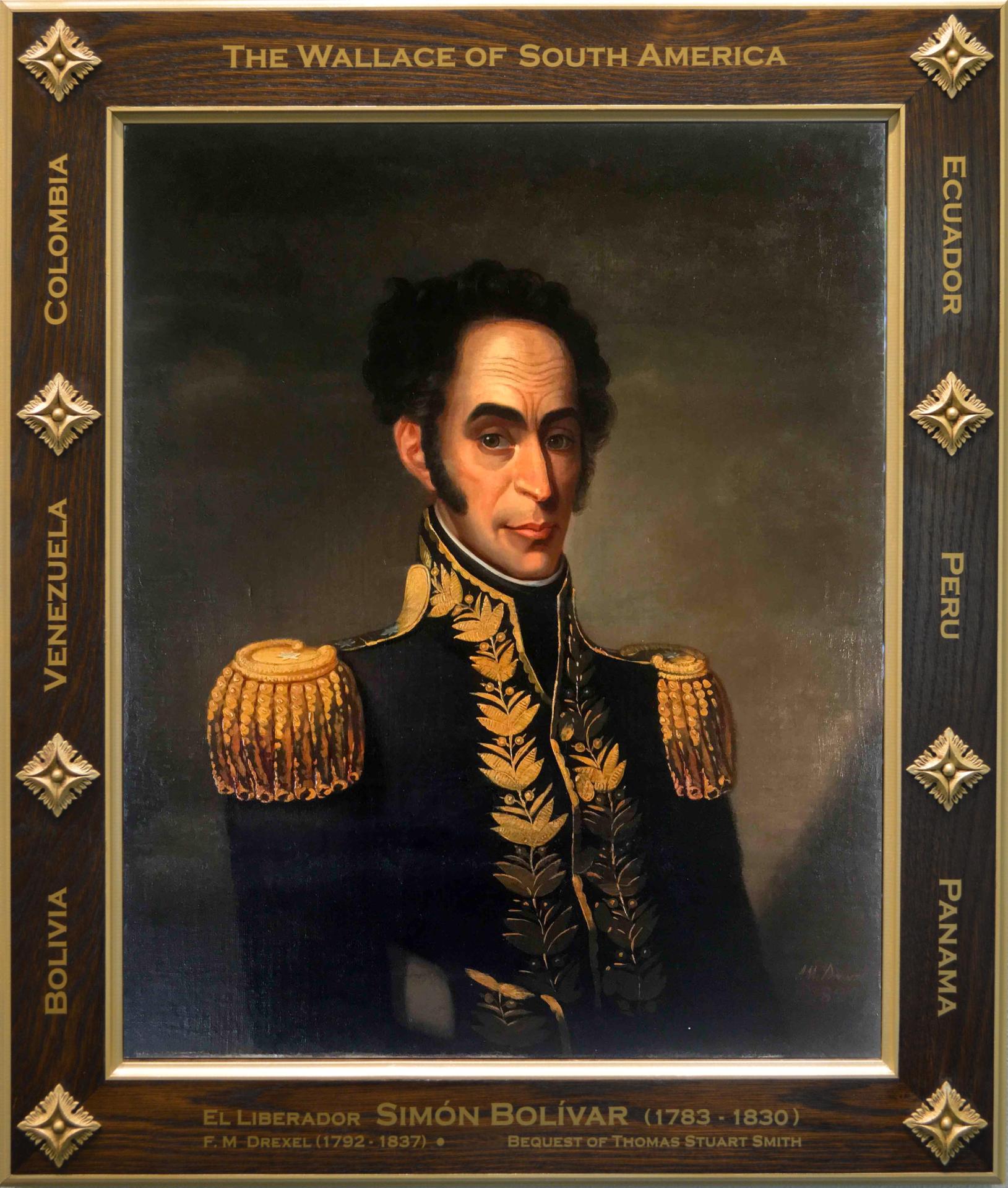 Three years ago, a much-neglected canvas, torn, battered and with paint loss, listed as ‘Man in Uniform. Artist Unknown’ in the Smith collections was the Stirling Story. Today, after painstaking restoration and framing, he can be seen in his full glory as Simón Bolívar (1783 – 1830), The Liberator, known in Scotland in his lifetime as ‘The Wallace of South America’.

During the restoration process the signature of the artist Francis Martin Drexel (1792 – 1863) was uncovered. Drexel was an Austrian-born portrait painter who travelled to South America. He later went into banking, establishing one of the largest banks in the USA. His son founded the Drexel University.

Bolívar was a soldier and statesman who fought and secured the freedom of Venezuela from imperial Spain, and went on to secure the liberation of Ecuador, Peru, and finally, Bolivia (which was named after him). He is the national hero of Venezuela, and when their government was working towards change through music in areas of social deprivation, the Simón Bolívar Orchestra was born. In 2008 this ‘el sistema’ came to Raploch with the Big Noise Orchestra.

The story of this painting shows how the Stirling Smith collections are not only local but national and international, referencing Raploch, Scotland and Venezuela in just one work.

Your ticket for the: Simón Bolívar