St Fillan’s chain, from a healing pool at Killin 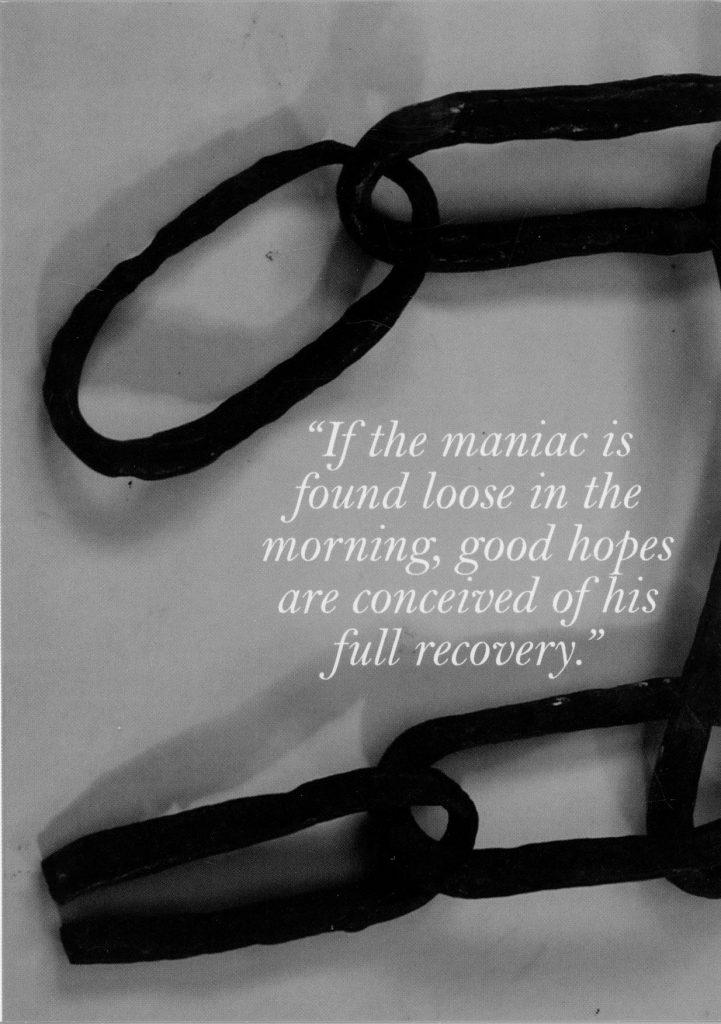 The six links of the chain of St. Fillan, Killin, in the Stirling Smith collections are not much to look at, but they can be counted among the treasures of the Smith. They caught the imagination of a group of students at the University of Western Australia who made a greetings card to demonstrate the emotional power of museum objects.

The Irish monk St. Fillan, patron saint of people with mental illness, came to Scotland in 717 AD. After travelling around, he ended up at Strathfillan near Tyndrum. A deep water pool near his chapel was known as St Fillan’s Pool. A fearful ritual was used on insane people aimed at relieving their troubled minds through the intercession of St Fillan.

As Robert Heron recorded on his way through Scotland in 1792, “the patient is thrice immersed in the pool. He is bound hand and foot, and left for the night in a chapel. If the maniac is found loose in the morning, good hopes are conceived of his full recovery. If he is still bound, his cure remains doubtful. It sometimes happens that death relieves him during his confinement from the troubles of life.”

Tomorrow night the Smith welcomes Community Councillors from all over the Stirling Council area to take a look at the Smith collections from Killin to Fallin.

Your ticket for the: St Fillan’s chain, from a healing pool at Killin

St Fillan’s chain, from a healing pool at Killin