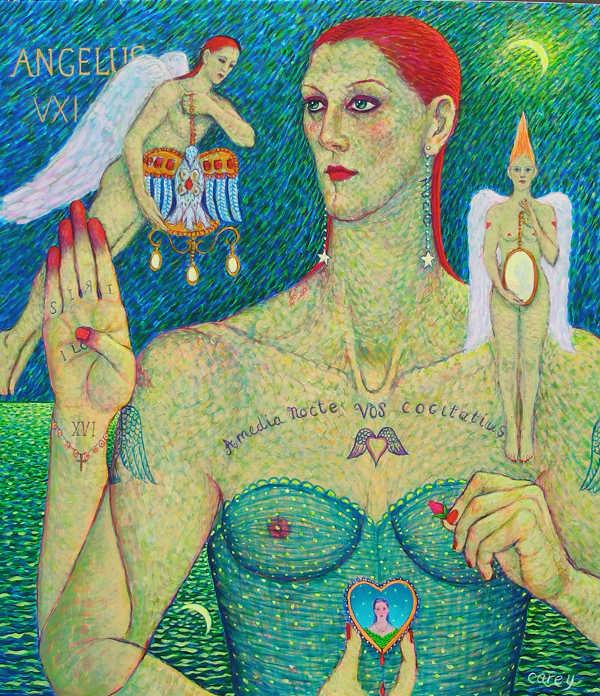 Featured today is the key painting of the Royal Society of Painters in Watercolour exhibition in the Stirling Smith. ‘The Messenger’ is by Stirling artist @, and it is a painting full of symbolism about love, spirituality, the skies, the seas, and all things in between. Two of June’s angels flew into the Smith on a permanent basis to celebrate its 140th anniversary in 2014. June Carey skilled in all of the art forms, also works as an etcher, from the former home and studio of artist and etcher John G Mathieson  (1880 – 1954), carrying on an artistic tradition in Stirling.

Funding and sustaining galleries and museums is a difficult business. The exhibition has been sponsored by another flock of Stirling angels, James D Bilsland Ltd, oil and gas distributors of Croftamie. Founded in 1964 with one lorry delivering heating and fuel supplies to local farms, the company has grown and majors in all fuels, including biofuels. Although still based and operating as a family firm from Croftamie, they have depots in Bute, Carlisle, Douglas and Oban, and their distinctive red lorries can be seen on our roads and at our agricultural shows. Their sponsorship was matched with a grant from Arts & Business Scotland, helping the Smith angels to fly further.

Your ticket for the: Stirling Angels