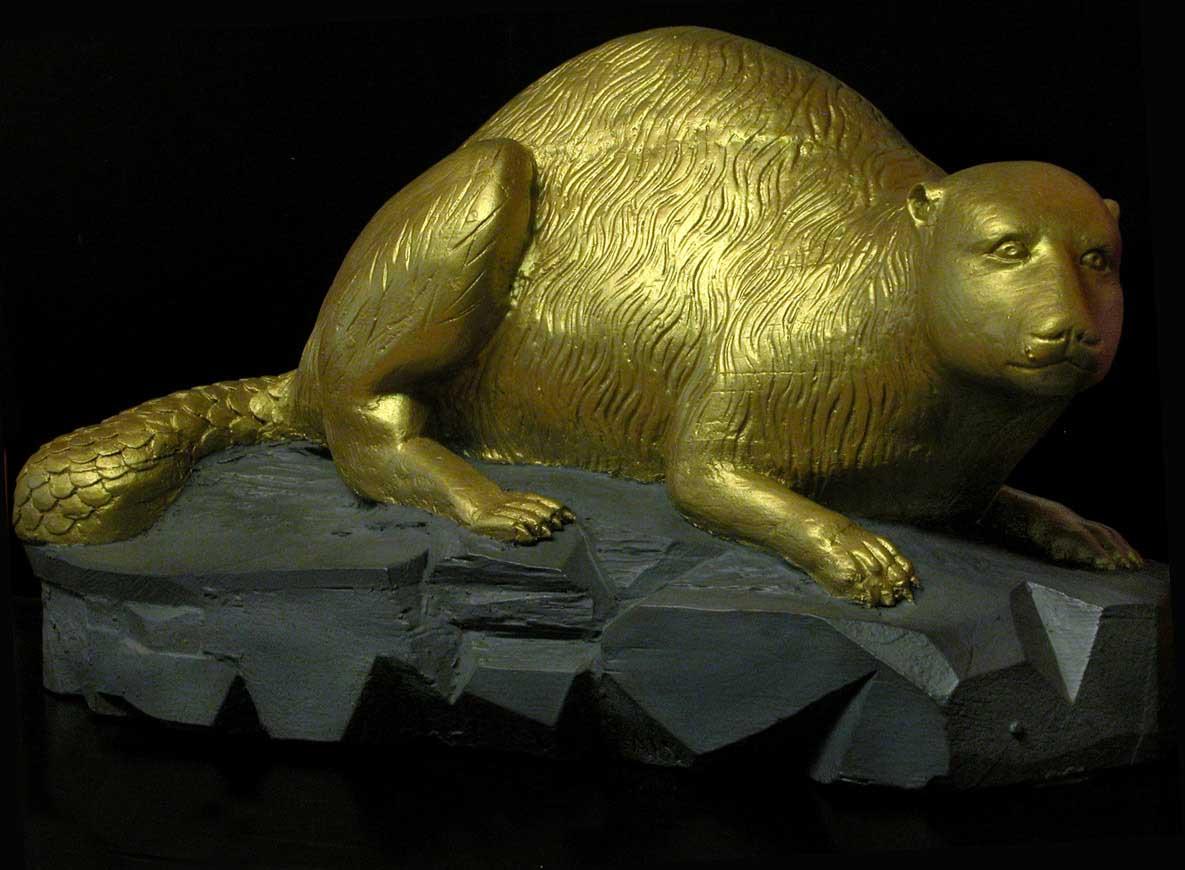 The news of beavers returning to the River Forth, as reported in the Stirling Observer, is timely. This beaver shop sign is at present in the exhibition on shop fronts in the Engine Shed. In the eighteenth century, the word “beaver” and “hat” were virtually synonymous. Beavers were hunted to extinction in Scotland in the 1600s, and beaver skins were imported from Scandinavia and later from the American colonies to supply the hatters’ trade.

The beaver possibly had her first mention in the Stirling Observer in a front-page advertisement of 8 November 1849 for Owen’s London Hat Warehouse ‘at the sign of the gilded beaver, foot of King Street, Stirling’. This was at 3 King Street, occupied by several other hatters in the decades which followed.

Stirling had four hatters’ premises in the nineteenth century. The trade was not a healthy one. Use of arsenic and other chemicals in dressing the fur resulted in damage to the central nervous system, which often displayed itself in the form of tics and involuntary muscle movements. This gave rise to the common saying “As mad as a Hatter”.

The shop sign was rescued from a bonfire by property owner Peter Wordie in 1970, and in 2009, he gifted it to the Stirling Smith. It was restored by funding provided by the Friends of the Smith.

Your ticket for the: The Stirling Beaver