The invasion of 11 May 1938 had nothing to do with Europe. Apparently the invaders, who arrived in a canoe at Stirling Harbour, came from Montreal. They were Native American Braves, led by Chief Pokobawbees, who arrived to relieve the Stirling people of their spare cash – all in aid of Stirling Royal Infirmary. 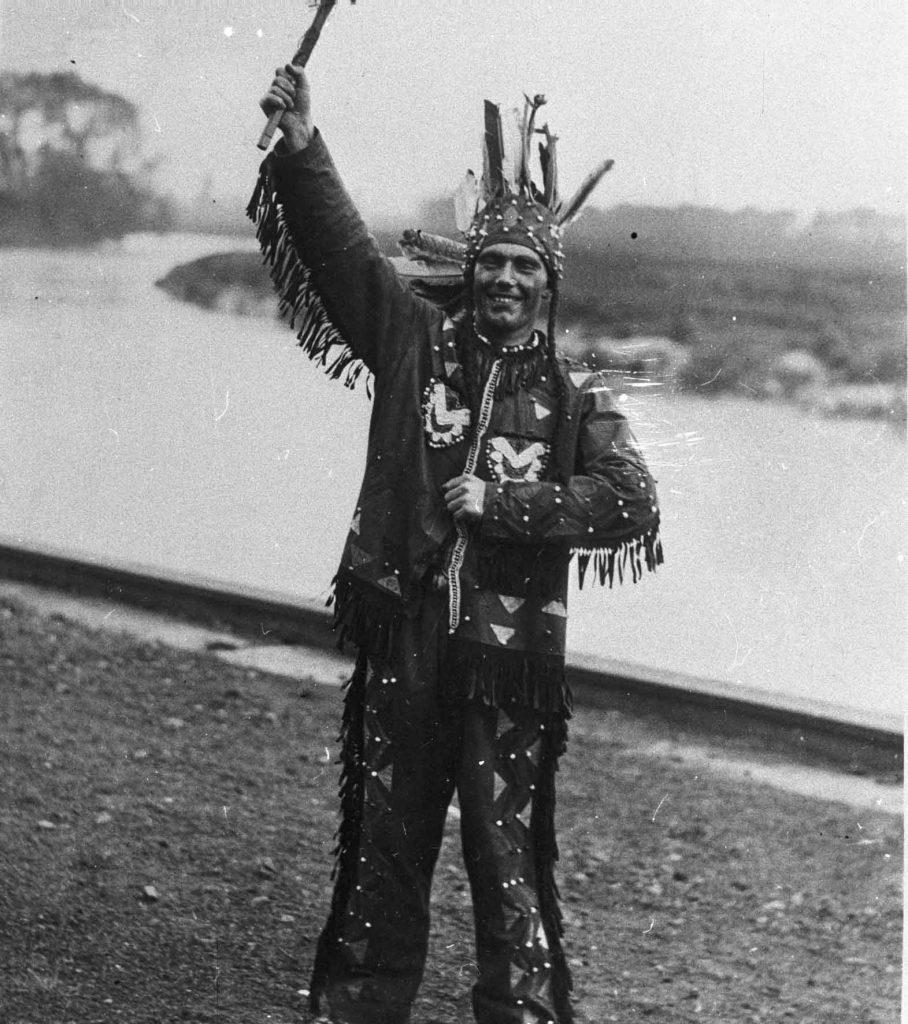 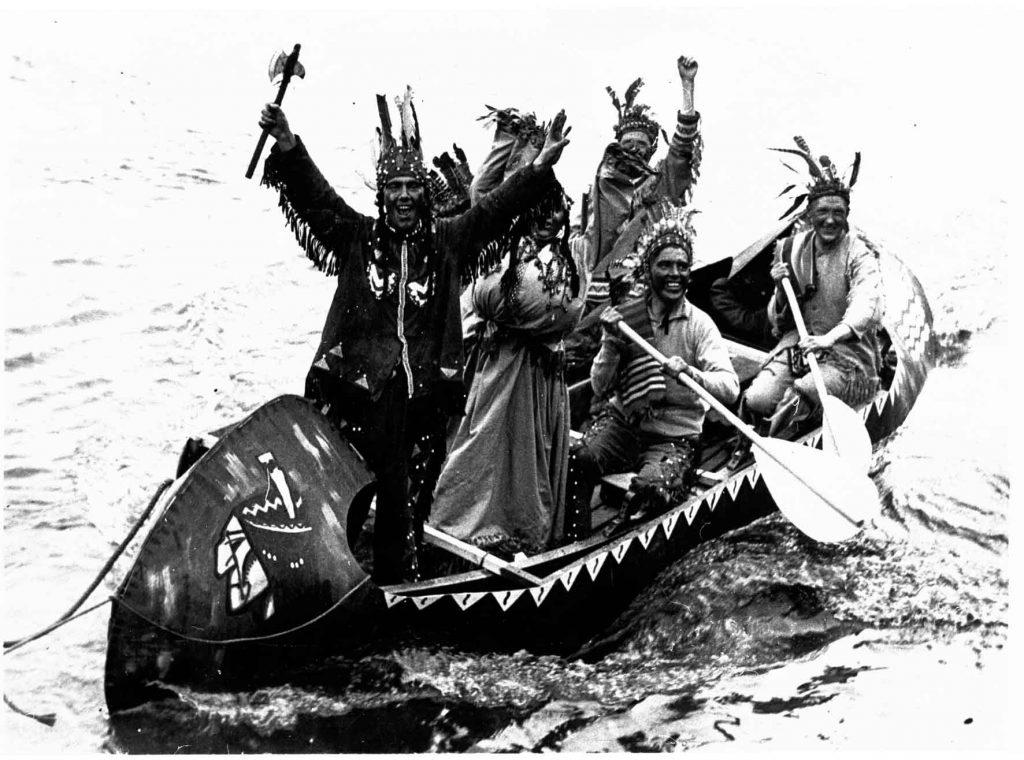 The annual Charities Week in Stirling was always a colourful high profile event, and was reported nationwide. In 1938 the invading Braves were welcomed by John J. Munro of the Stirling Observer, chairman of the charity committee, and then went by covered wagon to the Municipal Buildings where they had tea with Provost McAllister. The rest of the day was spent collecting around the town.

Until the introduction of the National Health Service in 1948, hospitals relied on charity collections and private endowments for beds and wards. A ‘bawbee’ was the old Scots word for the half penny which disappeared after the Union of 1707. During Charities Week, the Stirling people knew that their donations were necessary, and the bawbees for the Infirmary were collected by many shops in the town, as well as on the streets.

Your ticket for the: Stirling Annual Charities Week, 1938