145 years ago today, the artist Thomas Stuart Smith died in a hotel in Avignon. The death was sudden and unexpected. He had planned to be in Stirling to personally superintend the building of the Smith Institute in 1870-71, but he died of ‘apoplexy’ following a cold. He was buried in common ground, but on hearing the news, the Smith Trustees had his body disinterred, and re-buried in the main cemetery in Avignon. They also commissioned this posthumous portrait from his friend and Trustee Alfred Cox. Within five years, a site was located, the architect John Lessells of Edinburgh was engaged, and the building was opened in Dumbarton Road. 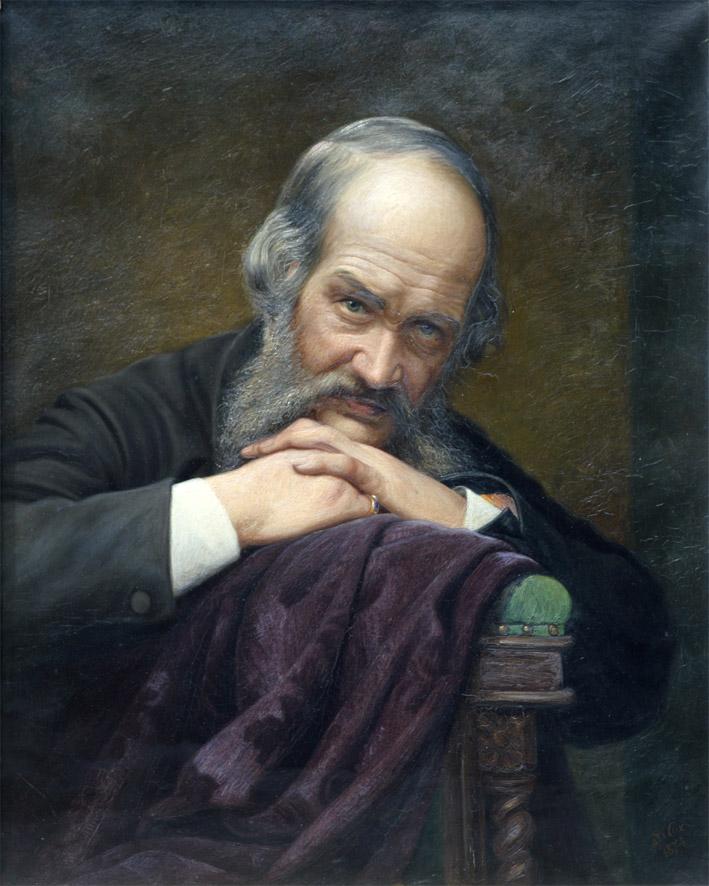 2014 has been a very significant year for the Smith. Today, there are no great benefactors of the magnanimity of Smith himself, but an organisation which has supplied vital funding this year is the Clackmannan and Stirling Environment Trust, whose contribution has helped re-furbish the theatre, provide money for lighting and for essential security. CSET was also the body whose generous grant in 2004 helped create Ailie’s Garden, the biodiversity garden at the back of the Smith which continues to give pleasure to thousands of visitors. At the turn of the year, we should always give thought and thanks to our predecessors whose gifts have made things possible, and to contemporary benefactors like CSET, whose help makes the Smith such a continuing success.

Your ticket for the: Thomas Stuart Smith