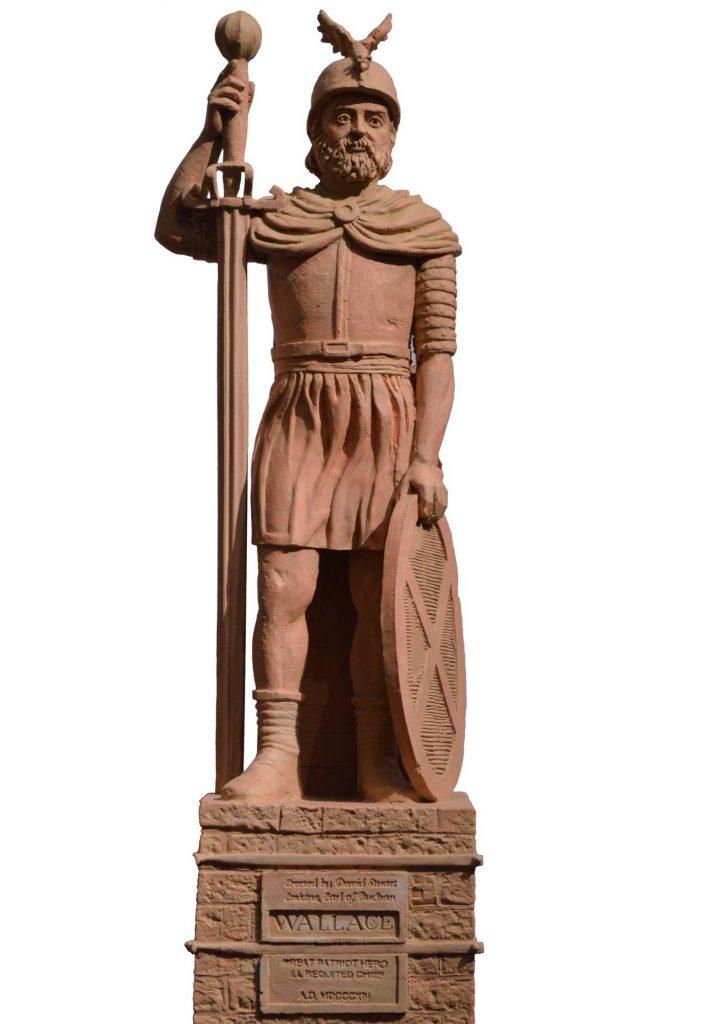 ss of the digitisation of the paintings in public collections, Art UK has now turned to sculpture, including the 40 pieces owned by the Stirling Smith Art Gallery and Museum. This maquette of the oldest William Wallace sculpture is by Alloa sculptor Walter Awlson. It was commissioned from him in 1997, for the exhibition Scotland’s Liberator, marking the 700th anniversary of the Battle of Stirling Bridge. It was a difficult matter to get the proportions correct. The piece was modelled in red earthenware and fired, to match the original which was carved from Dumfriesshire red sandstone.

The maquette is one metre high. The original statue, overlooking the River Tweed at Bemersyde near Melrose is a massive 30 feet high and was made by architect, builder and sculptor John Smith, who with his brothers, was also commissioned to build Sir Walter Scott’s house at Abbotsford. The sculpture was commissioned by David Steuart Erskine, the Eleventh Earl of Buchan (1742-1829), a scholar, antiquarian and patriot who founded the Scottish Museum of Antiquities. The dress and features of the work are based on a now-lost mediaeval portrait found by Buchan in France.

Most subsequent Wallace portraits are modelled on this one and although Sir Walter Scott secretly wanted to see the statue demolished, it still stands as the oldest and biggest.

Your ticket for the: William Wallace sculpture