Flodden and the Ring and Sword of King James IV

500 years ago on 9 September 1513, the Scottish army was defeated at Flodden.  King James IV, and an estimated 10,000 men – including two bishops, two abbots, twelve earls, thirteen lords, five eldest sons of lords, and about 300 of Scotland’s most influential men – were killed.  For generations, they have been mourned in the song “The Flowers of the Forest.”

James IV, the Renaissance prince who built the Great Hall of Stirling Castle and who was the patron of poets, playwrights and scientists, has no burial place.  His blood stained surcoat was presented to Henry VIII of England, and the sword, dagger and ring taken from his body are now in College of Arms in London. The ring had been given to James by Queen Anne of France, who had urged him to “take three steps into English ground and there break a lance” in her favour. Scotland and France were partners in the ‘Auld Alliance’ against England, and the cost to the Scots and their king was dear. 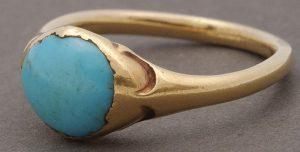 The Stirling Smith has tried in vain to borrow the sword and ring, shown in the photographs.  As the £10,200 loan costs were prohibitive, the display will be of the Flodden drama, performed by actor Keith Neill (now of Blairlogie) in 1980.  On 25-27 September will be three different Coronation 500 talks at the Smith, celebrating the art, literature and music of the reign of James IV.

Your ticket for the: Flodden and the Ring and Sword of King James IV

Flodden and the Ring and Sword of King James IV