This window is one of two in a private billiard hall building in Stirling and is the distinctive work of the stained glass designer, John C Hall. Born in Glasgow in 1867 Hall attended classes at Glasgow School of Art in the early 1890s before launching out as an independent designer. He also executed fine repousse work in brass, pewter and silver, and taught both glass staining and metal work in the years 1906-12, which is the approximate date of this window. 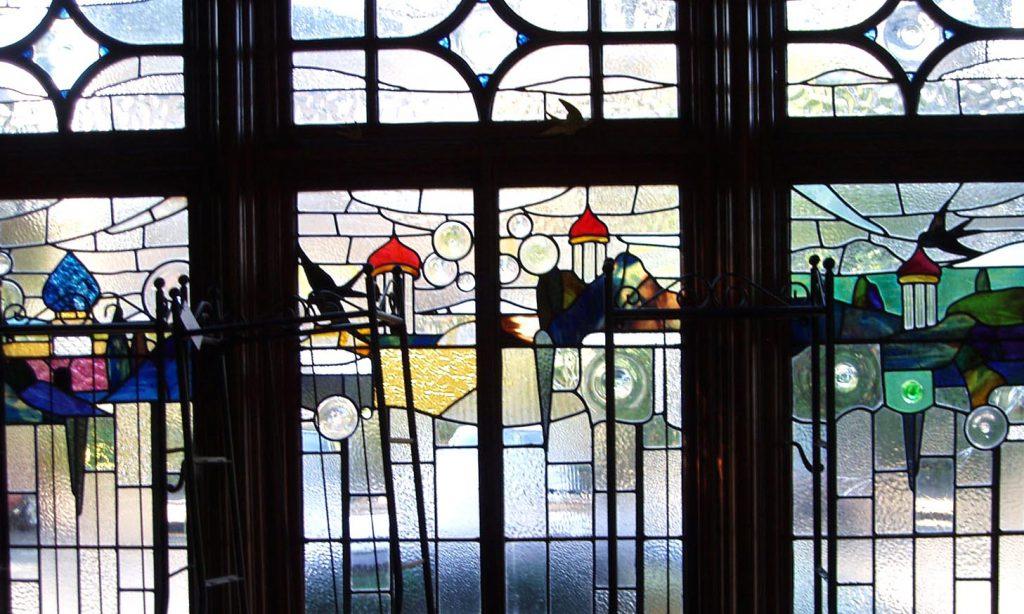 Hall’s main work was for the domestic market, although he produced a few widows for churches. Although this work is known as ‘the Glasgow Style’ he worked together with other designers in the Scottish Guild of Handicrafts, which for a time had workshops based in Burghmuir, Stirling, courtesy of the initiative of Robert Maclaurin, founder of the Stirling Homesteads.

Hall developed a highly effective technique in which limited amounts of rich antique and opalescent glasses were juxtaposed with a wide range of rolled cathedral and figured glasses. This is glass mosaic rather than stained glass. It was cheaper, provided privacy, did away with the need of curtains and provided maximum light. This window scheme is part of the history of the Stirling Arts & Crafts movement.

Your ticket for the: Glorious Glass