History in a Tram Ticket 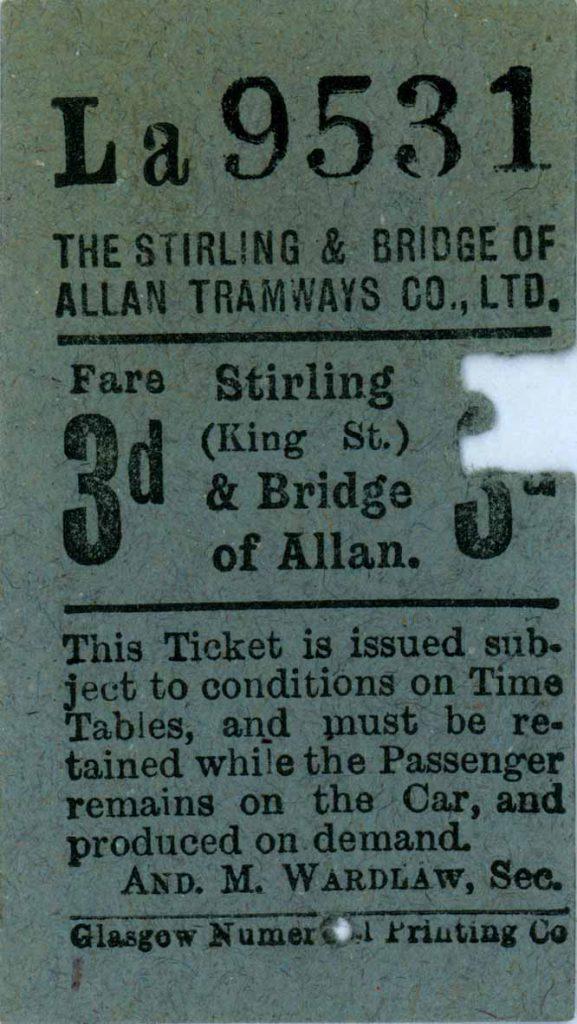 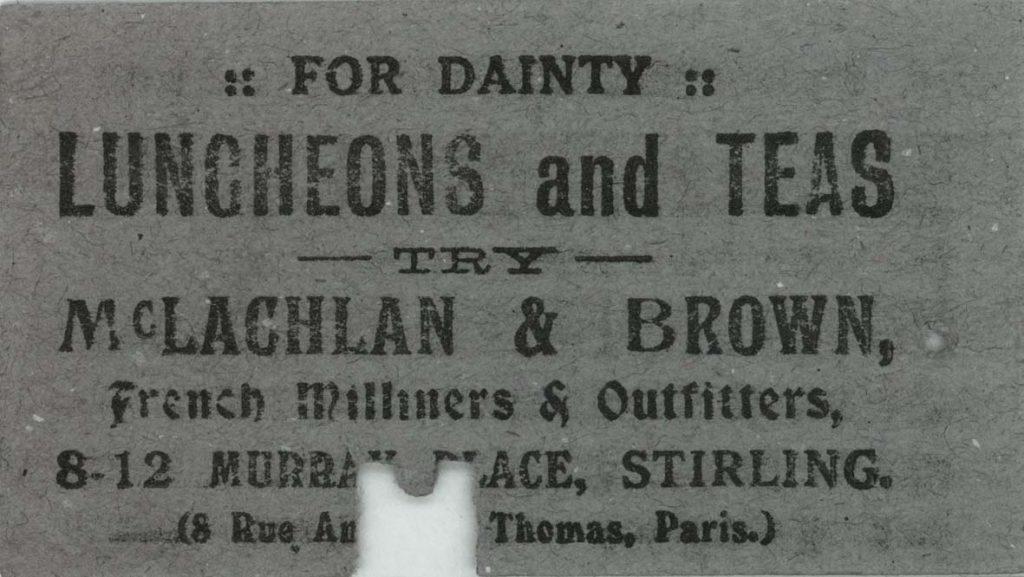 An amazing amount of history can be contained in a single small piece of paper like this tram ticket, the only one of its kind in the Smith collections. The Stirling and Bridge of Allan Tramway Company operated from 1874 – May 1920, and although there was a tram with a petrol engine from 1913, the company was still operating with horses in 1920. The company had many difficulties, including the public expectation that the tram would stop anywhere along the route for passengers to get on and off.

The ticket dates from 1899, when Andrew Wardlaw became secretary, or after.

The advertisement “For dainty luncheons and teas try McLachlan and Brown, French Milliners and Outfitters 8 – 12 Murray Place Stirling” is on the back of the ticket. The shop is very much in the folk memory of Stirling as a great retail destination with its own family stores.  McLachlan and Brown were taken over by the House of Fraser in 1946, but continued to operate under their own name. Writing of ‘Shopping in Stirling in the 1960s’, poet Eunice Wyles recalls that The retail reputation hung/ On McLachlan and Brown, McCulloch and Young. The tram ticket reveals that McLachlan and Brown also had a branch in Paris at one time.

The Smith collection has a 1917 wedding dress from the store, and three donations of carrier bags from citizens who want its contribution remembered.

Your ticket for the: History in a Tram Ticket

History in a Tram Ticket