The Stirling Smith collection contains many treasures, some of which have seen better days and are in need of major conservation work. Many are anonymous, like this ‘Portrait of a Man in Uniform’. 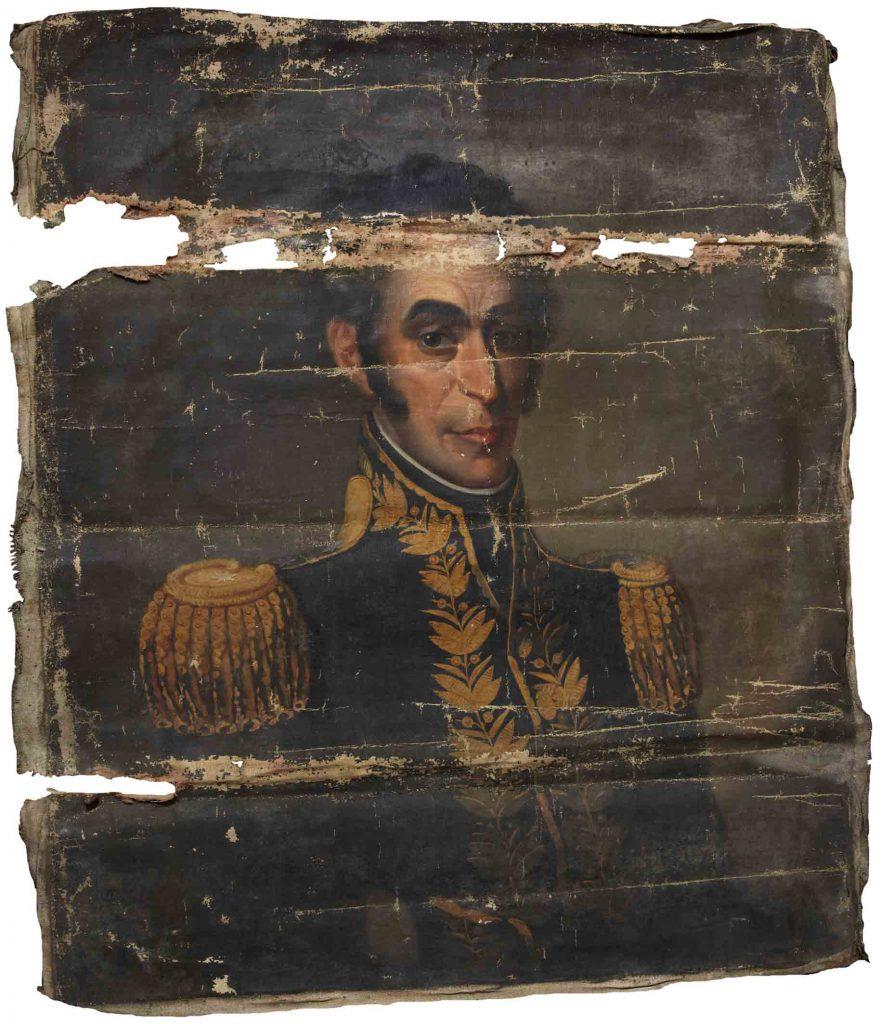 When it was published in the Public Foundation Catalogue of paintings in public collections it was recognised by Smith volunteer Michael Donnelly as a portrait of Simon Bolivar (1783 – 1830), The Liberator, known in Scotland in his lifetime as ‘The Wallace of South America’.
Bolivar was a soldier and statesman who fought and secured the freedom of Venezuela from imperial Spain, and went on to secure the liberation of Ecuador, Peru, and finally, Bolivia (which was named after him). He is the national hero of Venezuela, and when their government was working towards social change through music in areas of social deprivation, the Simon Bolivar Orchestra was born, working through ‘El Sistema’, the system of encouraging every poor child to play a musical instrument. In 2008 the principles of El Sistema came to Raploch and The Big Noise Orchestra came into being. How appropriate that the Stirling museum should have a painting of Bolivar himself!

The painting was in the possession of Thomas Stuart Smith, founder of the Smith, whose own radical paintings of black men made him unpopular. The modern equivalent would be to have a portrait of Che Guevara – and the Smith has that too, donated by the G8 protesters in 2005.

Your ticket for the: Simon Bolivar, The Wallace of South America