UK National Poetry Day 2019 had Truth as a theme.  This was a tough concept for Stirling’s young people, but the almost 180 entries from children in P5-7 and S1-S2 classes proved that many were up for that challenge.

They were asked to link their Truth ideas to objects or stories in the Stirling Smith Museum –  watched over by  Oswald- our famous Cat in Residence, these include  The Oldest Football in the World,  a delightful Doll’s House, and a bust of the medieval poet, Blind Harry.  Grim reminders of the past are the cloak and axe used by the executioner of John Baird and Andrew Hardie in 1820.  Carved in slate at the entrance to ‘The Smith’  are the lines which Robert Burns wrote on a window – later smashed and then restored – in the nearby Golden Lion Hotel.

Poet in Residence, Dr John Coutts and Learning Officer, David Smith had an enjoyable few days reading them all and choosing some for our web and social media outlets. The awards took account of the differing age of writers, the subject matter, the impact and technical complexity.

A huge ‘Thank you!’ to all who entered.  Keep on creating! 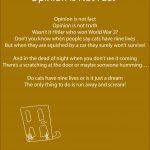 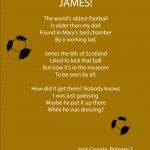 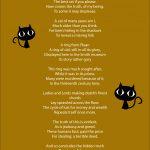 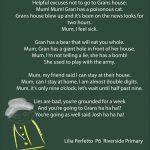 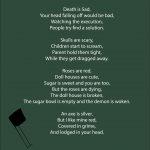 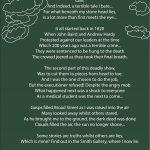 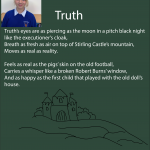 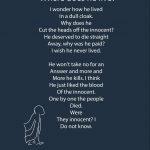 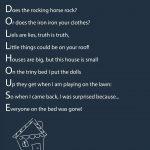 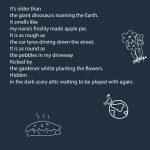 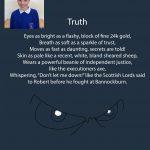 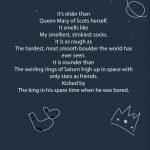 Your ticket for the: National Poetry Day 2019 at The Stirling Smith