14th April 2015
1Blog Post, Collections, Stirling Stories
Two of our volunteers, Ben and Rachel have been working on scanning and documenting our bank note collection.
Apart from local banks we also have notes from the American Revolutionary war 1771 – 1783 and the American Civil war; 1861-1865.  Collecting mementos of war in the form of notes is not surprising as often these notes had no value at the end of the war. This is particularly true of the confederate currency. 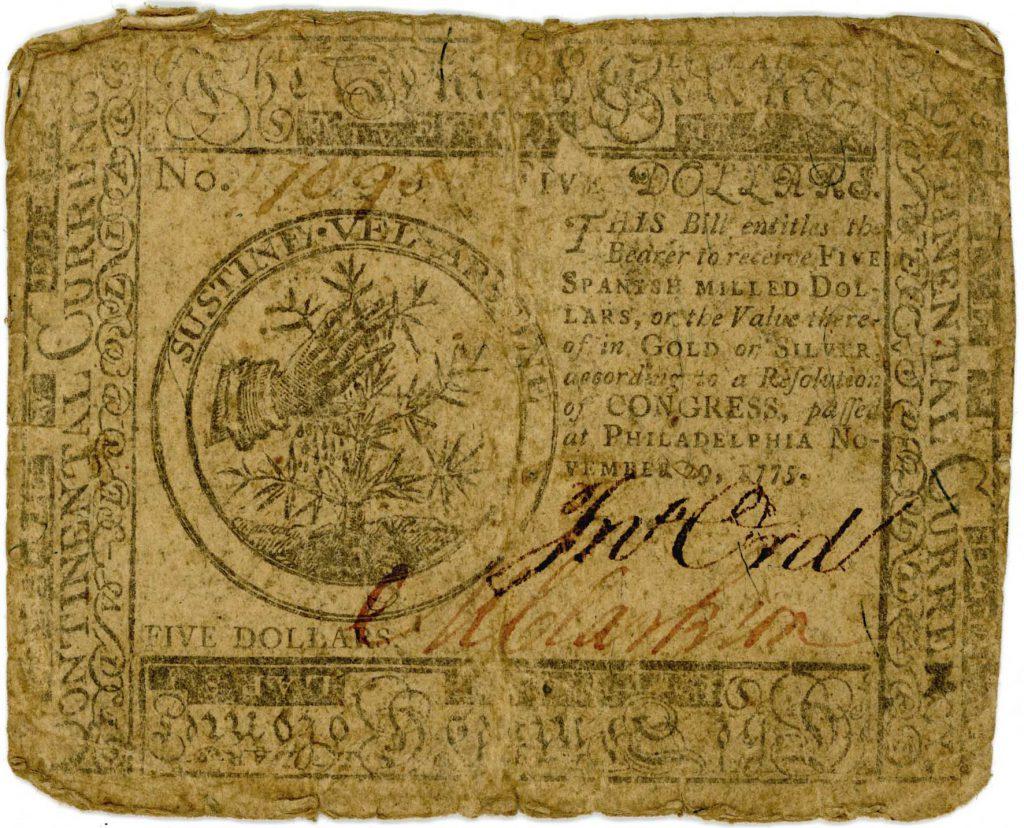 This note is an early revolutionary note from 1775 issued in Philidelphia and bears a symbol of a thorn bush and a bleeding hand. The bleeding hand is Britain and the bush the Colonies. The idea is that the colonies would protect themselves against the hand of Britain with their thorns.
Ben and Rachel will be adding the complete set of notes once they have completed their work
Bank notes, Collections, culture, social hostory

Your ticket for the: Counting the Cash – The Stirling Smith Bank Note Collection