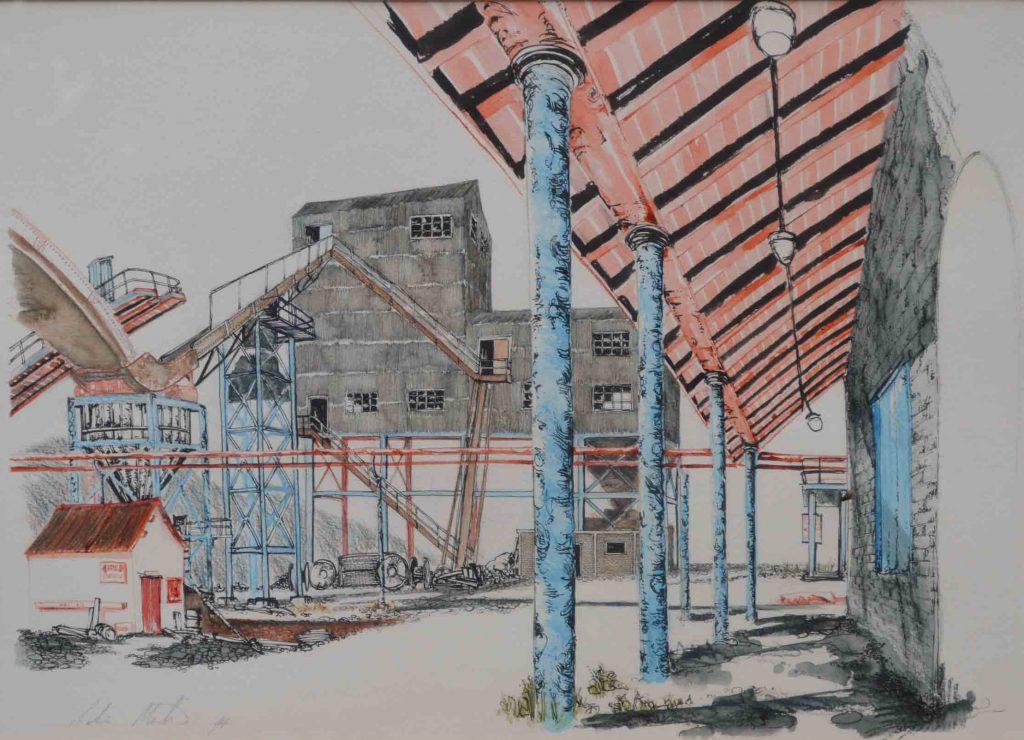 This pit head drawing was made in January 1988 by Kelvin Martin, a freelance illustrator for Central Arts. He did the sketch just before the pit head buildings were demolished. Kelvin later was employed by Stirling Council, and in 2016, helped construct the Stirling Mining Heritage website.

Polmaise Colliery often broke records in terms of production and profitability, and miners were used to defending their jobs, their pit, and their village of Fallin, created when the pit was sunk in 1904. They were aware that the issue in 1984 was jobs, not pay. There was never a picket line at Polmaise during the 56 week strike. The Polmaise banner, now on permanent display in the Stirling Smith, led all of the demonstrations in Scotland in 1984 -5. The battle of the Polmaise miners was one of the most protracted and heroic in Scottish history and the moral victory was theirs.

Your ticket for the: 30th Anniversary of the Polmaise Colliery Closure