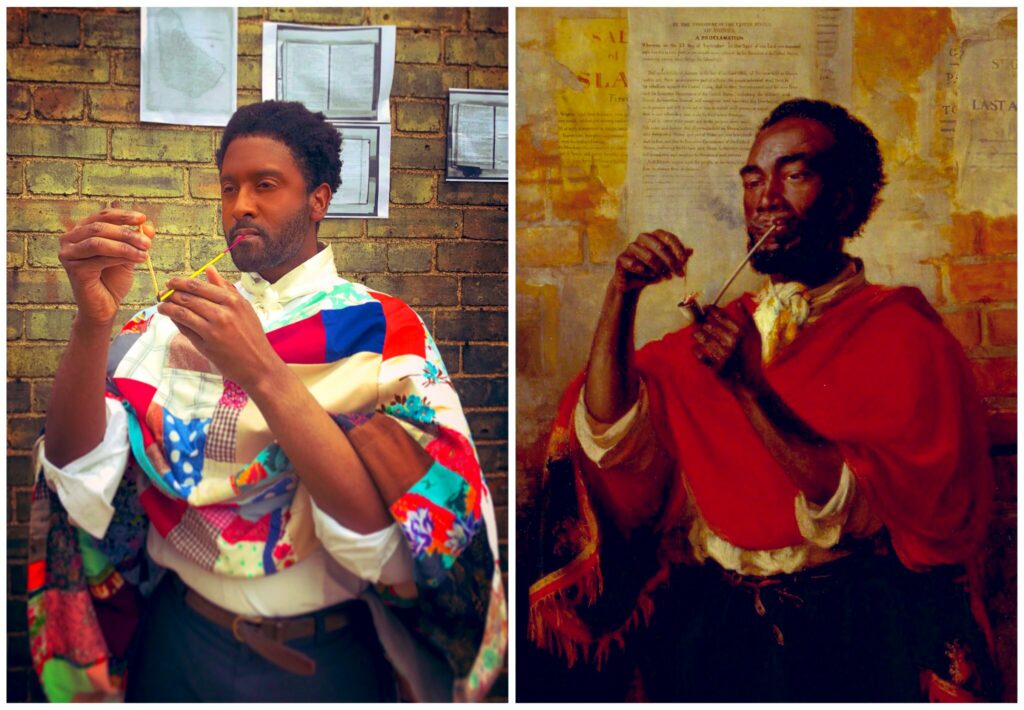 We are so pleased that over lockdown a special painting in our collection has been receiving just attention: Thomas Stuart’s Smith’s The Pipe of Freedom.  Credit is due to Peter Brathwaite, an opera singer and occassional broadcaster.  Early in the year, Brathwaite took part in the Getty Museum Challenge, where people from all over the world photographed themselves recreating famous works of art while they were confined to their homes.  Brathwaite took part, chosing a portrait of  a man that looked like him and so began a journey where he ended up recreating numerous paintings of black sitters.  Brathwaite used the project to not only learn about the sitters but explore his own family history.  The team at the Smith was overjoyed when, at the end of May, Brathwaite recreated, The Pipe of Freedom, introducing countless new audiences to our painting.

The popularity of his series – which he posted almost daily on twitter – has led to a short BBC Radio 3 series focusing on five of his recreations, including The Pipe of Freedom.  Brathwaite not only speaks about the process of recreating the painting but also discusses The Pipe of Freedom in depth.  You can still listen to the 10-minute broadcast on BBC Sounds.  We hope you enjoy it as much as we did!

Your ticket for the: Smith’s Pipe of Freedom on BBC Radio