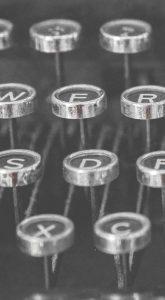 First on the Roundabout this month is a poem by Staff Nurse Dawn Martinez of Strathcarron Hospice. The Day Care Centre is closed, but it keeps in touch with its guests – including Heather and me – in many interesting ways. Recently our mailing included the following – a good example of a poem specially composed in order to share comfort and bring blessing.

If you could come to Daycare
We would welcome you
with open arms, a cuppa and a biscuit [or two].
We want you to know, we miss you so much,
We are sending you this handmade heart
[a personal touch]
So put the kettle on and have a brew
And know that we are all thinking of you.

Colin Gregory writes: No autumn mists here in Lincolnshire yet, but I’m sure they will come before long. The hedgerows are laden with hawthorn berries, rose hips and sloes. The last few months have given us an opportunity to witness the changing of the seasons in ways we have not experienced before; it is one of the few blessings of the crisis. I did think of Keats for your October Roundabout, but instead I’ve chosen a poem about a different cycle: the ebb and flow of tides – of the sea and of humanity – and the constancy of love.

The sea is calm tonight.
The tide is full, the moon lies fair
Upon the straits; on the French coast the light
Gleams and is gone; the cliffs of England stand,
Glimmering and vast, out in the tranquil bay.
Come to the window, sweet is the night-air!
Only, from the long line of spray
Where the sea meets the moon-blanched land,
Listen! you hear the grating roar

Of pebbles which the waves draw back, and fling,
At their return, up the high strand,
Begin, and cease, and then again begin,
With tremulous cadence slow, and bring
The eternal note of sadness in.

Sophocles long ago
Heard it on the Ægean, and it brought
Into his mind the turbid ebb and flow
Of human misery; we
Find also in the sound a thought,
Hearing it by this distant northern sea.

The Sea of Faith
Was once, too, at the full, and round earth’s shore
Lay like the folds of a bright girdle furled.
But now I only hear
Its melancholy, long, withdrawing roar,
Retreating, to the breath
Of the night-wind, down the vast edges drear
And naked shingles of the world.

Ah, love, let us be true
To one another! for the world, which seems
To lie before us like a land of dreams,
So various, so beautiful, so new,
Hath really neither joy, nor love, nor light,
Nor certitude, nor peace, nor help for pain;
And we are here as on a darkling plain
Swept with confused alarms of struggle and flight,
Where ignorant armies clash by night.

Jock Stein sends a poem which takes a different view. He writes: ‘I have chosen it because it reminds us that although creation is torn, with or without Covid 19, yet God has not deserted it. And it’s nice to find a contemporary poem which curates form so skilfully.’

Every Riven Thing by Christian Wiman

And now a new poem – by Anne Clarke

I lift time’s capsule from the windowsill.
Millennia of tumbling in the great churns
of earth, air, water, fire
have shaped its rough lines to near-perfect oval.
I lay it to my cheek. Cold as the bones
of some forgotten lizard-ancestor,
it fits my palm, its weight
a constant surprise.

Helen McLaren writes: I came across this when looking for something else. Seems like politicians never change even if the topics they argue about do.

Similes for Two Political Characters Of 1819 by Percy Bysshe Shelley

As from an ancestral oak
Two empty ravens sound their clarion,
Yell by yell, and croak by croak,
When they scent the noonday smoke
Of fresh human carrion:–

As two gibbering night-birds flit
From their bowers of deadly yew
Through the night to frighten it,
When the moon is in a fit,
And the stars are none, or few:–

As a shark and dog-fish wait
Under an Atlantic isle,
For the negro-ship, whose freight
Is the theme of their debate,
Wrinkling their red gills the while:–

John Coutts asks; was this composed before or after the Peterloo Massacre of the same year? One source identifies the targets as ‘S-D’ (Sidmouth?) and ‘O-G’ (Castlereagh?)
Heather Carroll, Exhibitions & Events Officer at the Smith: According to Marcus Wood, author of The Poetry of Slavery: An Anglo-American Anthology, 1764-1865, Shelley wrote this after Peterloo. It was one of his two surviving poems decrying the Trans-Atlantic slave trade and Sidmouth and Castlereagh’s participation in it.

In response to our reminder
‘October 9th! Recall the date!
Beware the dreaded cry: too late!’

Jeffrey Kemp writes: Remember the date … would I forget ..? My poem suggests that is entirely possible

Out
on a limbo walk.

The notebook later
falling open to show
a forgotten event and

question my disconnected self –
what, then, had prompted these
indecipherable words now?

Two adults,
both me, evidently
linked to the child

stranded in fragments
of memory who
who sat, bewildered

as chalk squawked
across a blackboard
to form … A … B …

… forcing him, us, me to see
how impressions could
be snared into letters,

giving rough allusions
of things that seemed
momentous at the time.

Maybe you had to be there.
Then again, maybe you were.
I clearly can’t remember.

Here’s a classic from the seventeenth century

‘When I consider how my light is spent’ Sonnet 19: By John Milton

When I consider how my light is spent,
Ere half my days, in this dark world and wide,
And that one Talent which is death to hide
Lodged with me useless, though my Soul more bent
To serve therewith my Maker, and present
My true account, lest he returning chide;
“Doth God exact day-labour, light denied?”
I fondly ask. But patience, to prevent
That murmur, soon replies, “God doth not need
Either man’s work or his own gifts; who best
Bear his mild yoke, they serve him best. His state
Is Kingly. Thousands at his bidding speed
And post o’er Land and Ocean without rest:
They also serve who only stand and wait

John Coutts writes: The above takes us to the next poem. I asked Anne Murray to pick a poem by Edwin Muir. She replies: ‘Of the poems you suggested, I think my favourite is Milton. I think the first four lines of the second half of the sonnet are both timeless and of our time, and I love the optimism in the final couplet. It is also such a beautifully crafted sonnet.’

Milton, his face set fair for Paradise,
And knowing that he and Paradise were lost
In separate desolation, bravely crossed
Into his second night and paid his price.
There, towards the end, he to the dark tower came
Set square at the gate, a mass of blackened stone
Crowned with vermilion streams like streamers blown
From a great funnel filled with roaring flame.

Shut in his darkness, these he could not see,
But heard the steely clamour known too well
On Saturday nights in every street in hell.
Where, past the devilish din, could Paradise be?
A footstep more, and his unblended eyes
Saw far and near the fields of Paradise.

John Coutts writes: ‘I composed ‘William Booth at Mile End Waste’ many years ago. In imitation of Muir’s ‘Milton’.The ‘foundation myth’ of The Salvation Army is that the Founder and future first General, William Booth, ‘stood alone’ to preach the gospel on Mile End Waste in East London in 1865. As always, the true story is ‘more complicated than that’. But ‘foundation myths’ include grains of truth.

When William came at last to Mile End Waste
He saw the grey world sliding to and fro
Like aimless rubbish on the indifferent tide.
And then he heard the dry and evil chuckle
That once beset the Son of Man in person.

“Why waste your time? No saviour died for them.
Bundles of rags redeemed in cheapest gin.
My flock you know. Poor devils lost already.”

Damning despair, he tossed his mane and cried
“Give Lucifer a song – a gospel song.”
“Jesus, the name high over all” – at once
The Missioners were bobbing in a mob
Of drunks and drabs and precious souls in torment,
Swarmed from the lurid gas-lit hells around.

“Hurrah” cried William. As the battle brewed
He saw Christ’s blood stream in the firmament,
Flaunted before King Satan and his hosts.
Loudly he roared against the assembled fiends
That gripped each pauper by the throat, and perched
On twisted shoulders wrapped in tattered shawls.
“ ‘Angels and men before him fall’ – now, Grandma,
Tell ‘em your saved… ‘and devils fear and fly.’
Come to the tent at seven. It’s warm inside.”
Then thudding raindrops washed the crowd away,
And William, plodding through the sodden slum,
Saw Christ’s compassion streaming in the gutters,
And dirty cobbles drenched in Holy Ghost.

David Dalziel writes ‘I ve recently looked at Robert Frost’s poem and come across an article pointing out that ‘the road less travelled by is not really less travelled at all.’ This, for me, casts a new light on the poem, stressing the equality of the roads as in verse three. So what is the poet really saying to us?’

Two roads diverged in a yellow wood,
And sorry I could not travel both
And be one traveler, long I stood
And looked down one as far as I could
To where it bent in the undergrowth;
Then took the other, as just as fair,
And having perhaps the better claim,
Because it was grassy and wanted wear;
Though as for that the passing there
Had worn them really about the same,
And both that morning equally lay
In leaves no step had trodden black.
Oh, I kept the first for another day!
Yet knowing how way leads on to way,
I doubted if I should ever come back.
I shall be telling this with a sigh
Somewhere ages and ages hence:
Two roads diverged in a wood, and I—
I took the one less travelled by,
And that has made all the difference.

Cry ’ No’ to doom and gloom!
Sign up for ZOOM!*
Promote the poetry boom!
[No need to hide behind a nom de plume]
Let verses bud and bloom,
For cyberspace has unrestricted room
For poems old and new, which – I assume –
Others will joyfully consume
When shared aloud online, till better times resume.

[composed with the help of The Penguin Rhyming Dictionary]

*by emailing Anne Murray on murrayanne579@gmail.com

Your ticket for the: The October 2020 Poetry Roundabout