This object from the Stirling Smith collections marked a literal turning point in the history of Scotland.  The iron boot heel was highly prized in its time, and the purchaser paid 10 guineas for it, a sum of about £6,000 in today’s prices.  The label is inscribed ‘Heel of the boot in which Dr. Chalmers walked for ever out of the General Assembly to found the Free Church on the 18th May 1843 (cost £10.10s).’ 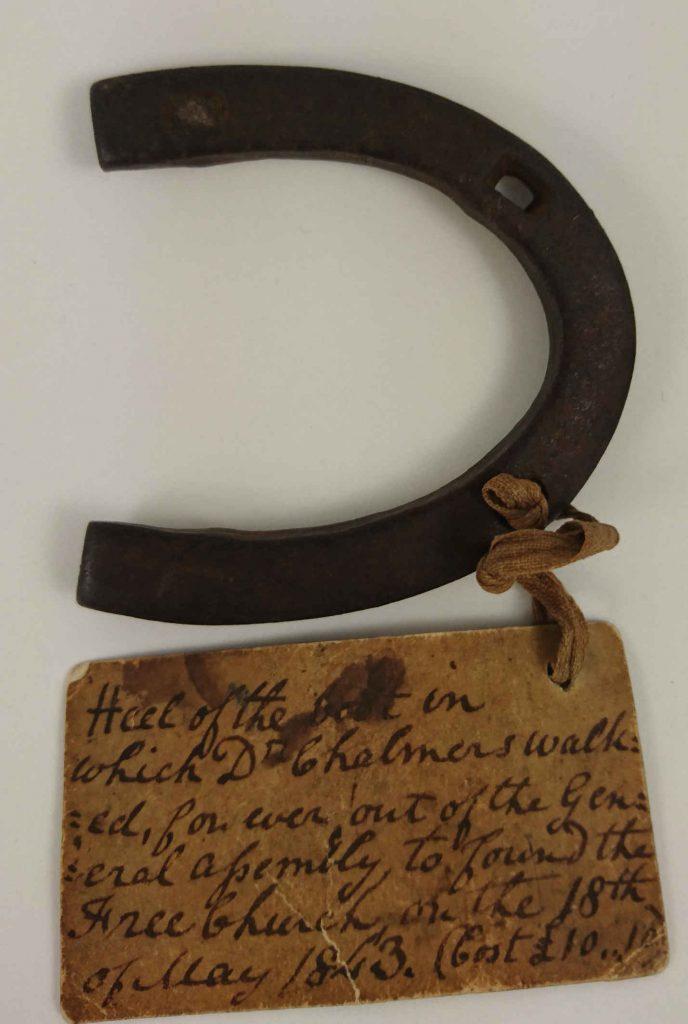 ‘The Disruption’ as it was known, took place 174 years ago and was a momentous event.  The issue concerned whether or not congregations could select their own minister.  There were many cases in which ministers of the gospel had been intruded into parish churches against the will of the congregation.  Chalmers, a great evangelical preacher, theologian, economist and academic, marched out of the General Assembly, taking 121 ministers with him.  Eventually, 450 ministers – a third in total – broke away to form the Free Church of Scotland.

The Free Church of Scotland built new churches in every parish, town and village, often in the same street as the established Church of Scotland.  The building programme had to be funded, and the purchase of Dr. Chalmers’ boot heel was probably part of that process.

Your ticket for the: Turning Point of History