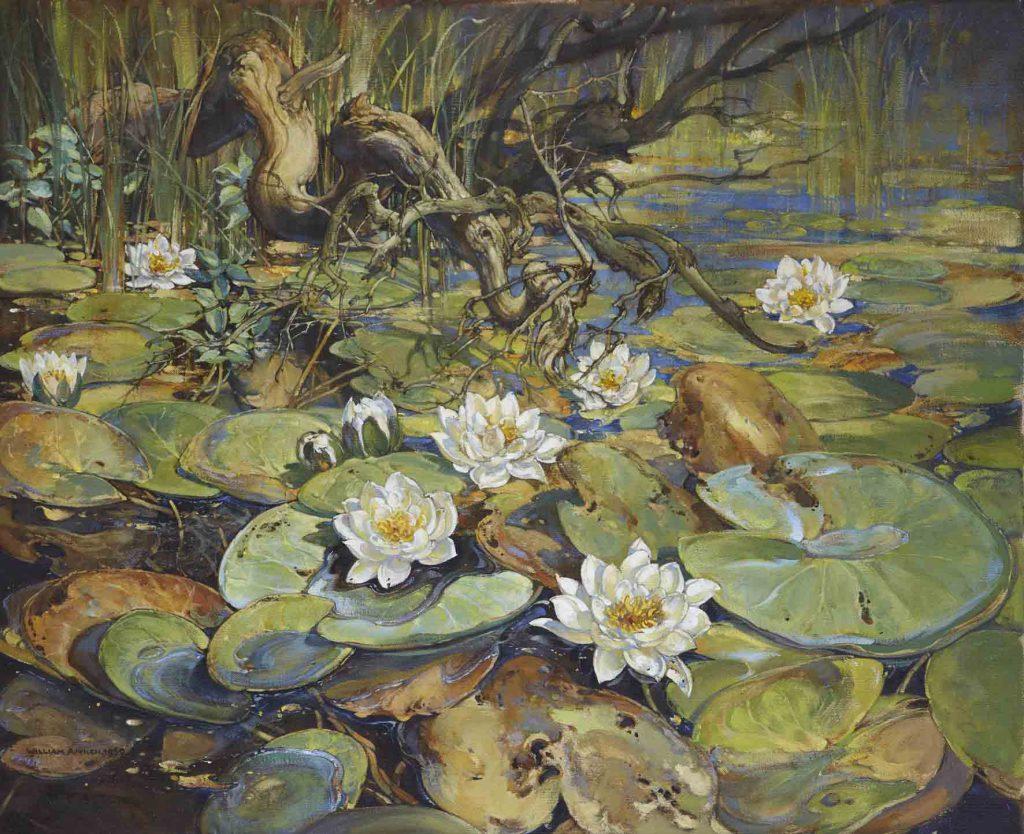 This painting by William Aitken (1828-1981) is in the Stirling Smith collections. It was painted in 1958 and purchased by the Trustees at an exhibition of the work of the Stirling & Clackmannan Art Teachers in 1961. Callendar House has a painting of Loch Awe by him, and we would welcome further information on the artist’s life and work.

Scotland’s hills are full of little dhulochans or pools of black water, in basins scooped from the rocks during the last ice age. They are also known as corries, and in England they are tarns.

The latest research into the landscape and environmental history of Scotland was made available and free to all, in a series of lectures from the University of Stirling beginning in the Smith in 2014. Tonight’s talk by Dr Richard Oram is on the landscape palimpsest of Glen Almond, showing how the landscape has been reconfigured throughout the ages. including Dr Richard Tipping  asking ‘Bannockburn 1314. What did the place look like?’ and other talks will on medieval climate change, whisky in the 18th century and the Picts, Scots and Gaels.

If you want to find what’s new in Scottish history, come to the talks at the Smith.