The Stirling Smith Art Gallery and Museum > Collections > The Wallace Monument and the River Forth, 1898

The Wallace Monument and the River Forth, 1898 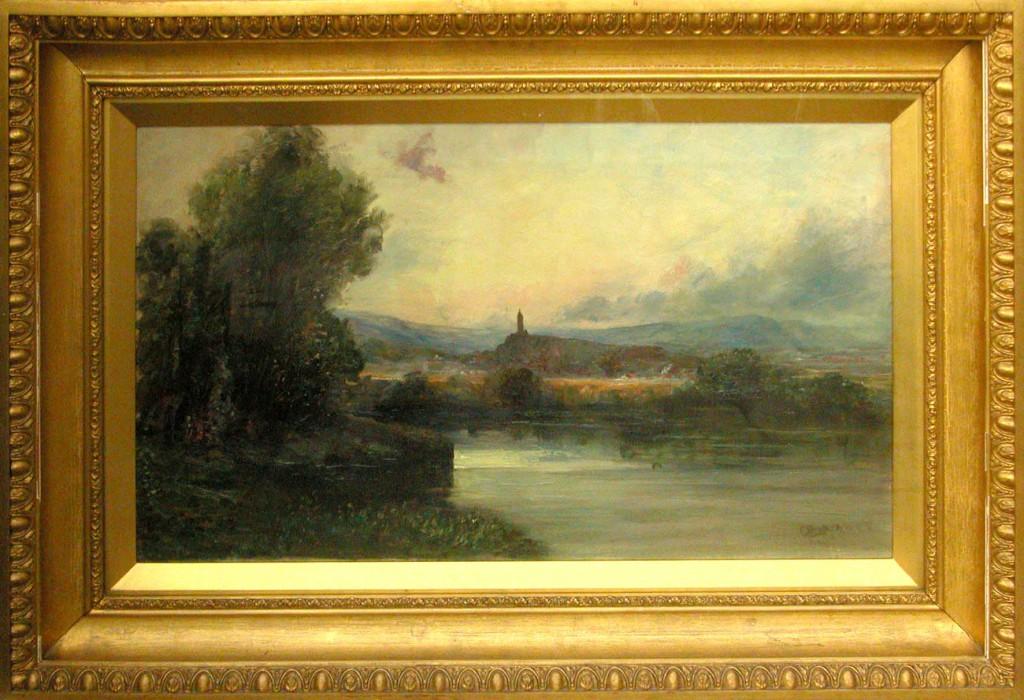 As with all teachers of art, Baker’s main creativity was spent in teaching, and works by him are quite rare.

This painting, by Art Master Edmund Baker (died 1926) of the High School of Stirling, is a recent purchase for the Stirling Smith, with the support of the National Fund for Acquisitions and the Friends of the Smith. Edmund was first employed in the capacity of an assistant in 1889, under his father, Leonard Baker (1831-1911). Leonard was an accomplished artist who had held the post of art master since the establishment of the art department in 1857. The Bakers provided the art education for Stirling children for two generations.

In January 1903, Edmund was appointed to the post of Master of Design. The headmaster Mr Smith had added ‘manual training’ to the curriculum in 1896. He transformed the old Trades’ Hall into classrooms for that purpose to accommodate twenty-four pupils. Baker worked alongside George Hope Donaldson, who was employed as an instructor in wood-working.

The design workshop was open on certain afternoons to pupils of all the public schools. Classes led by Baker became very popular; it was recorded that on 1st December 1898 ninety-seven pupils were in attendance.

As with all teachers of art, Baker’s main creativity was spent in teaching, and works by him are quite rare.

Your ticket for the: The Wallace Monument and the River Forth, 1898

The Wallace Monument and the River Forth, 1898