The Wallace of the Sikh People

Wallace, who liberated Scotland, is the very first national liberator. Others in search of freedom who came after him have always acknowledged that. The Scottish colliers in the 18th century who were serfs, organised themselves intoSir William Wallace Lodges of Free Colliersto establish their freedom. Garibaldi in the 19th century was called ‘The Wallace of Italy’. Louis Kossuth was known as ‘The Wallace of Hungary’ and visited Stirling in the cause of his country’s freedom. 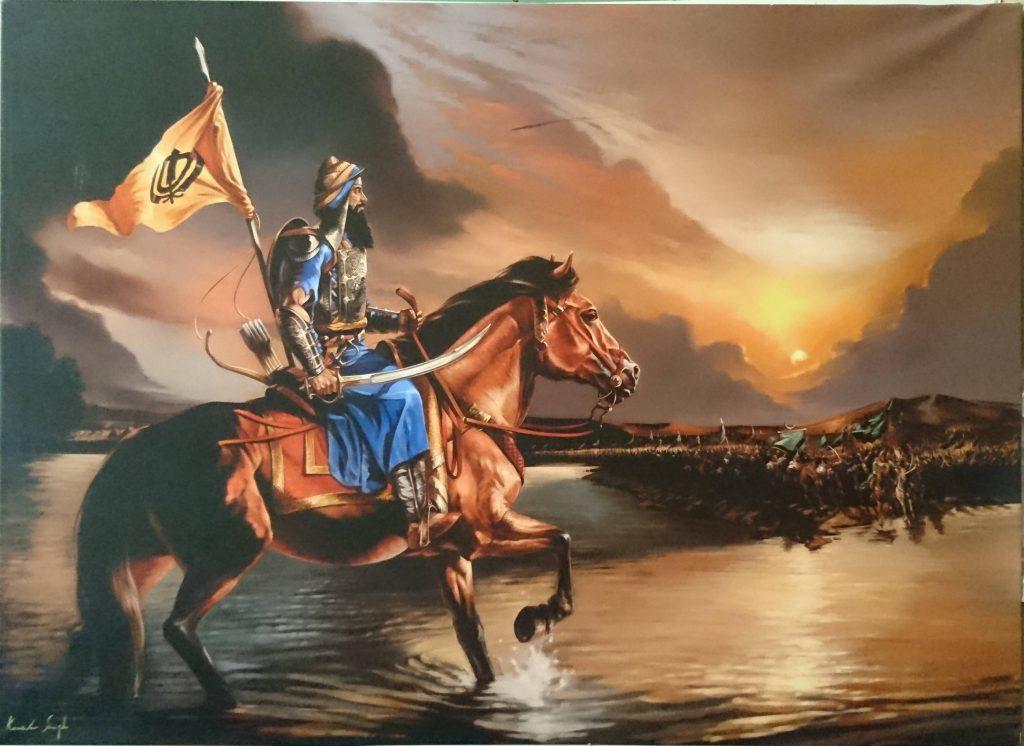 Like William Wallace he was an extraordinary leader. He set up a Sikh republic in the heartland of the Moghul Empire in India, giving land to agricultural labourers and proclaiming the equality of all men as citizens, an act which was in its political significance 80 years ahead of the French Revolution. The republic was hunted mercilessly by the Moghuls, who pursued genocidal action against the Sikh people and tortured and killed Banda Singh Bahadur.

Like Wallace, his memory lives on and in 2010, Sikh historian Jagdeesh Singh organised a conference at the Stirling Smith to compare the history of the Sikh and Scottish people, when the painting was presented to the Smith.

Your ticket for the: The Wallace of the Sikh People

The Wallace of the Sikh People