Here is an image of how Cowane’s Hospital should look – pristine, white and cared for, as shown in this model from the Stirling Smith collections, made by Aberdeen man George W Reid. As most people know, Cowane’s has long awaited refurbishment and improvements. The Heritage Lottery upgrade will soon take place and restore it to its former glory. 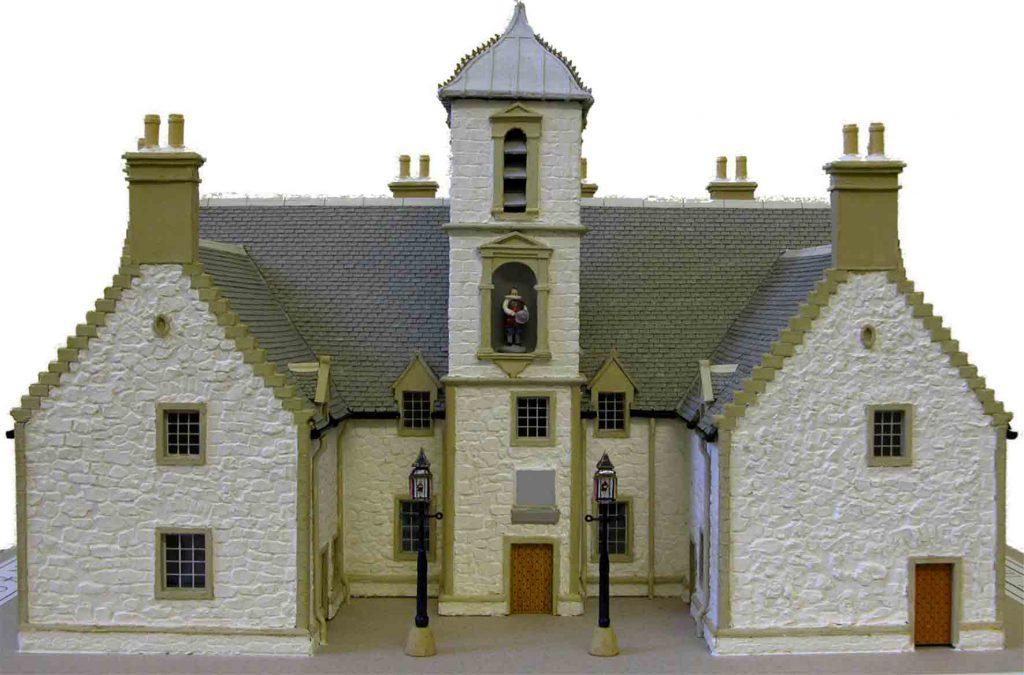 Cowane’s Hospital, completed in 1648, is nearly 370 years old. In his time, John Cowane (died 1633) was one of the best known benefactors in Scotland. His statue is in a niche on the front of the building. In 1874 a similar niche was created for Thomas Stuart Smith on the front of the Smith, but it remains unfilled. The Hospital was intended as a residence for ‘twelve decayed gildbrethern’ or merchants, and was built by John Mylne, royal master mason. As poor merchants were few in Stirling, the Hospital has been used for a great variety of other purposes. It has been a main public hall, a place for dancing lessons, dances, parties, concerts, plays, weddings, public meetings, meetings of the Guildry, some of the Incorporated Trades and other organisations, public and private. It is so much part of the social history of Stirling, that Stirling cannot be imagined without it. Its restoration cannot come soon enough.

Your ticket for the: Cowane’s Hospital