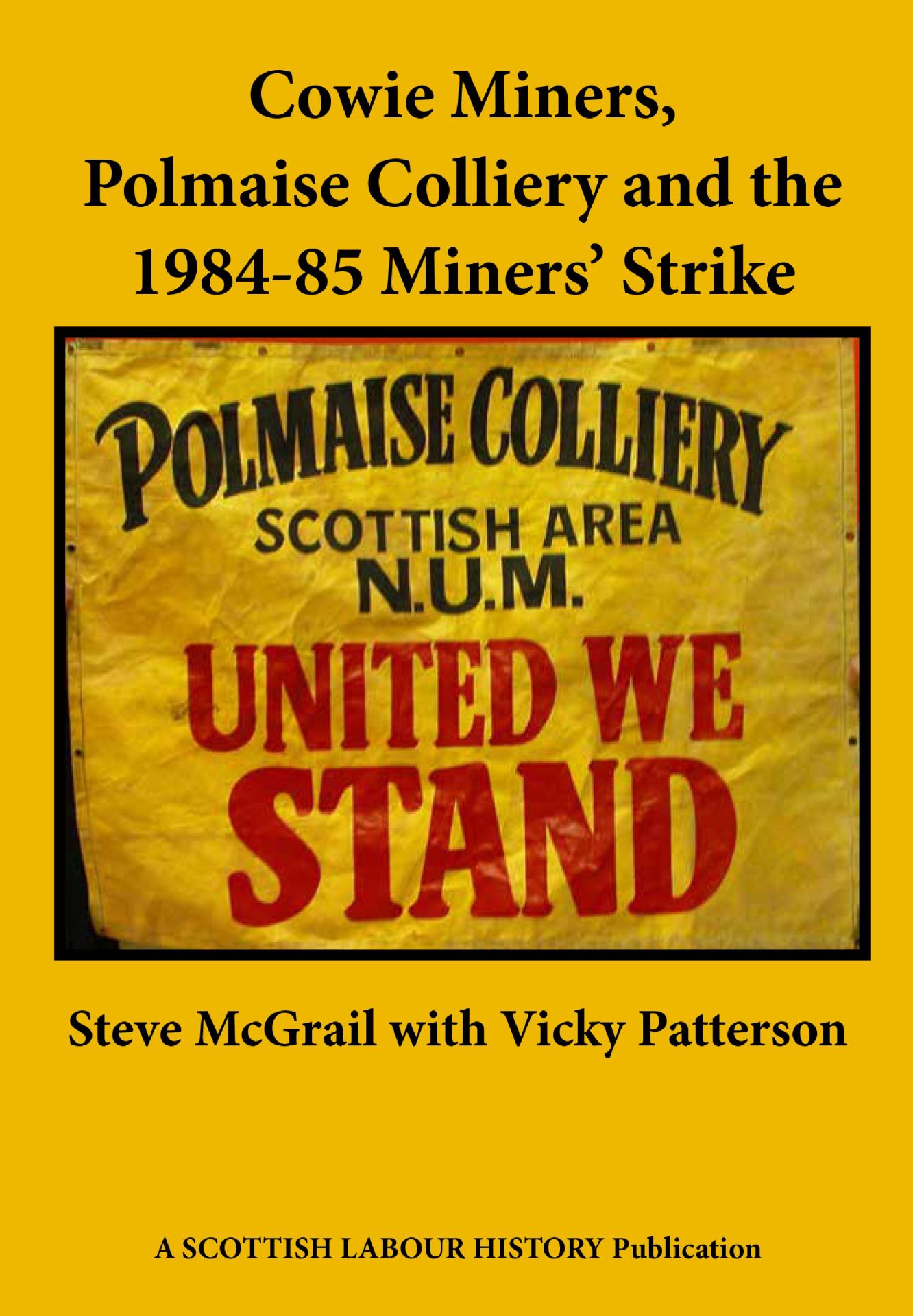 At 3.30pm on Friday 2 February, the Stirling Smith hosts the launch of an important Stirling book.  This book collects two pamphlets, ‘For as long as it takes!’ Cowie Miners in the Strike, 1984-85, originally published in 1985, and One Year On. Sacked Polmaise Miners Speak Out, published in 1986. ‘For as long as it takes!’ was written by Steve McGrail and Vicky Patterson, who were partners at the time. One Year On was edited by Steve.

Vicky died in 2003 and Steve died in 2016. The book is published jointly by Sue Harley, Steve’s widow, and the Glasgow – based Scottish Labour History Society. The pamphlets are reproduced in the original sequence of their publication, with an afterword by Jim O’Hare, one of the sacked men whose testimony was not included at the time. Eleven men with a collective service of 219 years in the pits were sacked and suffered discrimination in the years which followed.

Although there are many books on the 1984 – 5 Strike, most are written from a southern perspective and few acknowledge or even mention the part played by the Stirlingshire Miners. Polmaise was the first colliery to come out on strike, and the last to return.

This is a free event, so come along and learn more.

Your ticket for the: Miners’ strike revisited