As part of my Duke of Edinburgh Bronze Award,  I am volunteering the Stirling Smith Art Gallery and Museum.

I am sorting through some old boxes and found a box full of old Cold War documents and books. 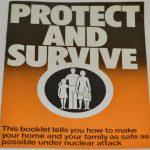 Inside are items, such as little booklets.  ‘Protect and Survive’ is a booklet which tells you outrageous things like bricking your windows, and putting soil bags in you fire place to keep safe from radiation.  Most of these things wouldn’t make a difference in the event of a nuclear attack, it was written by a civil servant who was told to make something for the public and I wouldn’t be surprised if he didn’t know anything about nuclear weapons and the affects.

Booklets giving information about the Hydrogen bomb and Neutron bombs were also available to the public, it wasn’t the best of idea since it probably would have caused panic.

There are also books of notes for military services.  Most of the documents are for the scientists and is extremely advanced so I can’t understand it.  There are also restricted documents, booklets and letters. 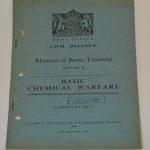 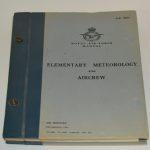 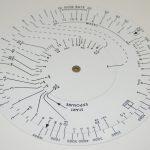 There are three pages at the start of the booklet (These pages must remain secret) which tell you to take out the title, the contents, and several chapters and what to replace them with, as well as a circular diagram to work out how much radiation you have absorbed.

It’s amazing to think that only people high up would see this information and that some of this stuff was only handled and discussed about in secret.

One book disscusses farming in a nuclear winter.  I couldn’t quite understand what was being talked about in this booklet but I do wonder if it is possible? 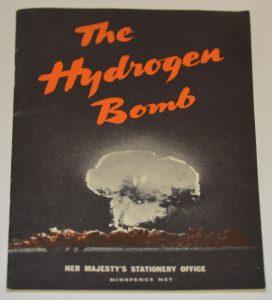 Your ticket for the: Surviving the Cold War – Protect and Survive