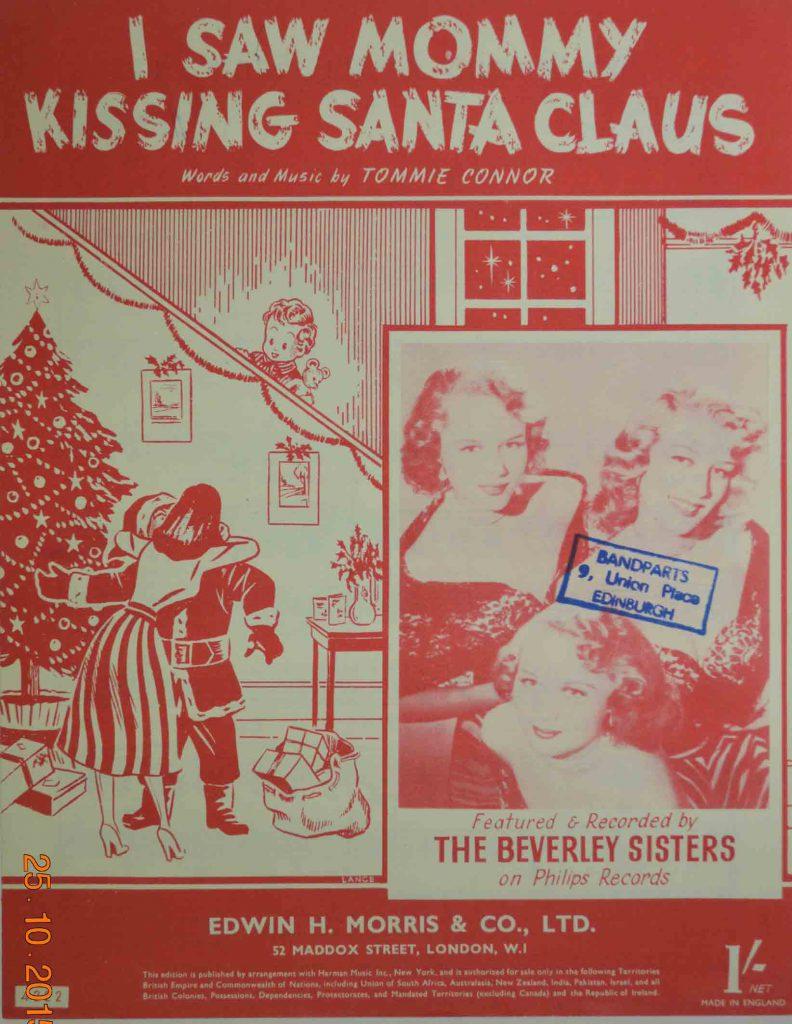 Today’s story features a popular song sheet from the Stirling Smith collections. British song writer Tommie Connor produced both the music and lyrics for ‘I saw Mommy kissing Santa Claus’, which has been a regular hit in the charts since it was first recorded in 1952. It was commissioned by the flagship Saks Fifth Avenue Store of New York, to promote the store’s Christmas card for the year.
Santa Claus and his Grotto were featured in the big American department stores from 1890 onwards and took longer to get to Scotland. McCulloch and Young, at the head of King Street, reputedly had the first store Santa in the 1950s. News of earlier Stirling Santas would be welcomed by Smith staff.

The song itself has a long recording history. In 1952, objections were raised by churches on the grounds that it was inappropriate to mix Christmas with kissing. In 2001, a film based on the song was made for television.
The present image of Santa has been shaped by commercial advertising and companies such as Coca-Cola. The original St Nicholas was born in the third century in what is now Turkey and the modern symbols which remain of him in our streets today are the three golden balls of the pawnbrokers’ signs, representing the three bags of money he paid to save three young women.

Your ticket for the: I saw Mommy kissing Santa Claus, Tommie Connor