11 September is the 718th anniversary of the Battle of Stirling Bridge, the battle which William Wallace and Andrew de Moray won, against all the odds, and an English army of invasion. This small, spirited work of 2010 was gifted to the Smith collections by Friend of the Smith Moira Lawson. It is one of several works of the Old Bridge, showing it in its autumn colours. 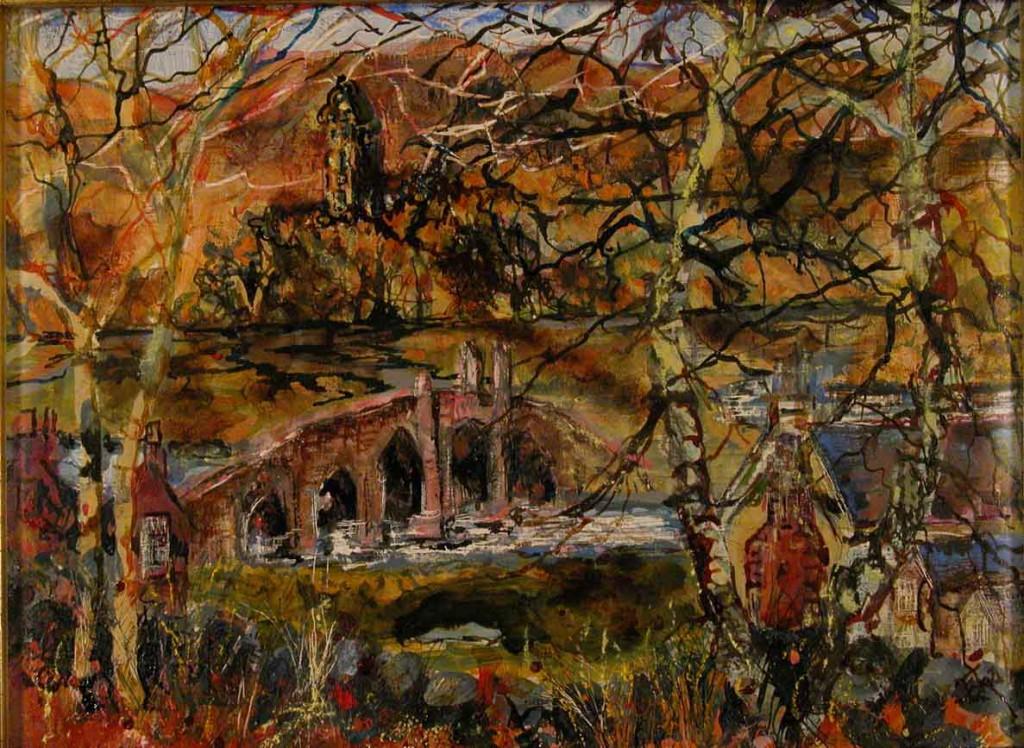 This was not the original bridge of the battle, but a 15th century replacement, and it has not changed much over the centuries. The Guardians of Scotland Trust have plans to erect an art work which will mark the achievement of Andrew de Moray as well as William Wallace, whose monument graces the landscape.

Artists visiting Stirling have been inspired by the Bridge for the last 200 years, but Iona Leishman is one of Stirling’s own. She has served in recent years as Artist in Residence in Stirling Castle, and has worked from a studio in Cowane’s Hospital, drawing her inspiration from Scotland’s past, painting the dreadful scenes of Flodden and Bannockburn, and inspirational figures like Marie de Guise.

Your ticket for the: Stirling Bridge by Iona Leishman